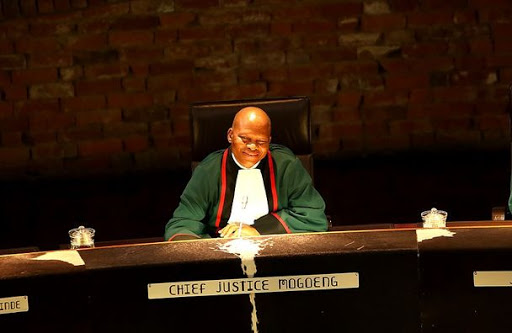 A top South African diplomat is on the brink of losing his R2.5-million mansion in the Pretoria suburb of Lynnwood, due to a R350000 unpaid papgeld bill.

The former deputy ambassador to an African country has now challenged the results of a paternity test conducted in 2008, which proved that he fathered the child with his ex-wife, an economist and a senior government official.

As part of his new bid to dissociate himself from the child, he has claimed that three more high-level South Africans could have fathered the child as they allegedly had affairs with his wife while he was out on a diplomatic mission in east Africa.

As a result, the diplomat has taken his matter to the Constitutional Court for Chief Justice Mogoeng Mogoeng and his colleagues to decide once and for all if he is indeed liable for the child maintenance.

The diplomat has also advanced the arguments to his wife's lawyers in correspondence dated 14 October 2017.

" It has come to our client's attention that your client is also receiving maintenance payments from someone else in relation to the very same minor child...

"If your client refuses our client's reasonable request in this regard, our client will be left with no alternative but to bring an interlocutory application before the Constitutional Court for an order directing your client to allow our client to have the paternity test conducted.

"It is our client's considered belief and opinion that the previous tests conducted were not credible. He is entitled to that opinion and he should be afforded an opportunity to satisfy himself as to the paternity of the minor child," his lawyer's letter to hers reads in part.

According to a document authored by the diplomat seen by Sunday World, he claims that the three high-level South Africans had affairs with his wife in the period between 2007 and 2008.

He also claimed in the document that his wife also confessed to him about the affairs.

The ex-wife confirmed that the matter was before the Constitutional Court.

"For this reason, and for the fact that most of ... [the diplomat's] allegations also form part of the arguments in court, I do not want to interfere with that process or say something to you that may interfere with the smooth running and conclusion of the court process ...," she said.

According to court documents seen by Sunday World, the papgeld battle began after the diplomat defaulted on payments for five years, between 2009 and 2014, after his ex-wife was seconded to work overseas at an international bank.

At the time the matter was brought before the North Gauteng High Court, the high-ranking government official owed R300000 towards the maintenance of his son.

According to a judgment by Judge AJ Margadie, the official had signed a settlement agreement with his ex-wife to cough up R3500 per month for child maintenance in 2010, but failed to live up to to the agreement after paying for three years.

According to court documents, his wife later filed an application to obtain a warrant of execution against his property, valued at R2.5-million, to realise the maintenance bill of R350000.

The application was granted by Judge Margadie, who stated in her judgment that the official could not provide proper reasons for his failure to pay for his child in the five years he had absconded.

Following Margadie's judgment, the diplomat unsuccessfully tried to appeal at the Supreme Court of Appeal in Bloemfontein.

Upon his failure to secure an appeal, he filed an application at the Constitutional Court to challenge the constitutionality of the judgment, arguing that it was interfering with his right to housing.