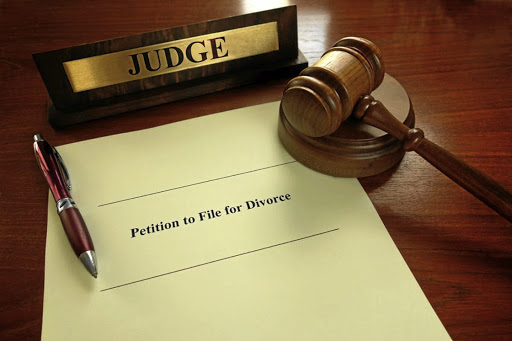 A top businessman, actor and TV producer has been slapped with a R5-million order for child maintenance and a hefty spousal maintenance demand.

The details come after the businessman's wife, a top musician and TV actress, filed divorce papers at the South Gauteng High Court last month, claiming that the man was "aggressive, moody, quarrelsome, sarcastic, bombastic, humiliating and belittling", and that he abused her emotionally.

The musician also accused her husband, who has produced a number of productions for SABC1 and Mzansi Magic, of cheating on her with women at his work.

"The defendant formed numerous adulterous and improper relationships with other women, some at the defendant's place of employment, which state of affairs the plaintiff finds irreconcilable in so far as the continuation of the marriage relationship between the parties is concerned," reads the actress's affidavit.

Mandla Mandela says his divorce from his first wife is now a done deal.
News
4 years ago

According to court papers seen by Sunday World, the couple were married under customary law and the businessman had paid R35000 lobola to the musician's family between 2008 and 2010.

In her court papers, she said the last straw was when her husband forced her to resign from their company and excluded her financially.

That, she said, was because she won't be able to support herself after the marriage is dissolved because she relies on his income.

The musician also demanded that the TV producer should also pay an amount of R30000 a month towards child maintenance for their two children aged six and eight years, respectively.

According to the court documents, he would have paid at least R4.6-million towards child maintenance by the time both his children turn 21.

Everyone's on the train to divorceville

Bathong naare, what is this spirit of divorce and separation reverberating in our entertainment industry? First it was Unathi Msengana’s alleged ...
Entertainment
4 years ago

When contacted for comment, the musician confirmed that she had filed the papers, but she said the matter was private and before the court.

"I'm going through a difficult period in my life and I'm mot sure if it will be wise for me to speak to the media about the matter because it's private," she said.

In his response, the businessman said Sunday World should first write about one of his productions "that is doing very well on Mzansi Magic".

"Maybe you and I can talk after that. For now I'm trying to protect my kids," he said.

The TV producer said people were peddling wrong stories about his marriage.

He said their motivation was to destroy his production company which employs more than 1000 black people.

"They want me to lose clients and for my production company to close down.

"That's what they want."

Trevor Gumbi doesn’t expect people to be surprised over his decision to express his divorce journey through a comedy tour‚ reasoning that he’s always ...
Lifestyle
4 years ago
Next Article