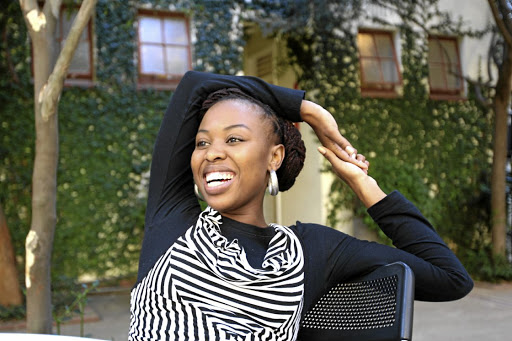 Actress Refilwe Madumo is one of many voices who represented #TheTotalShutdown march in Pretoria last week.

Although she wasn't actively involved in the planning of the event her story has made an impact on many people.

Madumo, who was a prominent face on Scandal where she played Palesa Mooki-Letswalo, an HIV-positive character, says two incidents stand out in her life. She was threatened with rape during an armed robbery and in another incident she woke up to a stranger's hands in her panties.

"My children who are now four and six were two weeks old and two years old respectively at the time a thug threatened to rape me in front of them. They had broken into my parents' home. I was in the room and I managed to call the police before one of the men entered the room.

"He held up a gun and had me escort him around the house looking for valuables. He wanted guns; I told him we don't keep guns in the house.

"He said if I don't give him what he wanted he would rape me. Luckily the police arrived and arrested him. The man is now serving 50 years in prison."

She continued: "The other time was when I slept over at a friend's place and woke up to find some strange man's hands in my panties, touching me. Before I could get a good look, he ran away. He violated my privacy and got away with it."

Madumo, who will star in Side Dish, a new SABC show on August 19, hopes telling her story will bring healing to others.

Ntombi Ngcobo-Mzolo counting down to her baby's arrival

Ntombi Ngcobo-Mzolo is super excited about welcoming a new addition to their family.
Lifestyle
4 years ago

Madumo says she can confidently state that every woman has a story (to tell) about abuse at the hands of men - whether sexual, physical, emotional, verbal.

After listening to many such stories and having her own trauma, she has made it her mission to help abused women.

Looking forward to fighting injustice against women, Madumo joined thousands of women in #The Total Shutdown march on Wednesday.

But she says the police, meant to protect, showed why some things may never change for women in this country. "They used violence against women. The president had no respect either by rocking up after 9pm when he knew that a memorandum would be served. Who will take us seriously?"

Madumo says the only solution may be for men to hold indabas and discuss these issues and hopefully unlearn their behaviour toward women. She hopes no woman could ever suffer what she did.

Sello's role a bone of contention.
Entertainment
4 years ago
Next Article