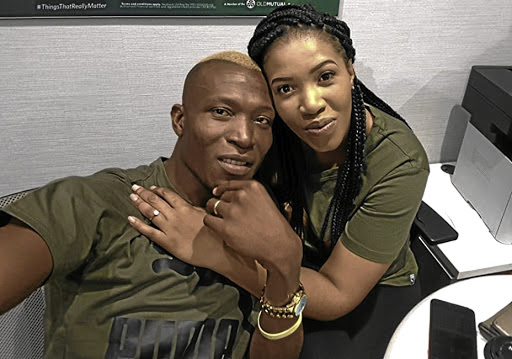 Soccer star Tendai Ndoro has claimed that a fake marriage certificate is at the centre of his assault case which is scheduled for trial in Benoni on the east rand today.

The controversial footsie, who has just concluded another court case involving relegated Ajax Cape Town and the PSL, claims his wife Thando Maseko fabricated assault charges to spite him.

Speaking to Sowetan yesterday, Ndoro said he found out that there was a marriage certificate issued for him and his wife while he had only married in a traditional ceremony in December.

"I was playing for Ajax Cape Town, so when we are doing permits something like this comes up. So, when I was at home I asked her what was happening? That is when the war started.

"All these things are caused by a fake marriage certificate in my marriage," said Ndoro.

He said he had planned to marry Maseko in his home country Zimbabwe before signing officially.

The marriage certificate which Sowetan has seen shows that the couple got married on September 20 2017, although their actual wedding day was in December.

In June, the former Ajax Cape Town striker spent two nights in police holding cells for allegedly choking his wife and throwing a TV set at her during an argument over car keys at his home. 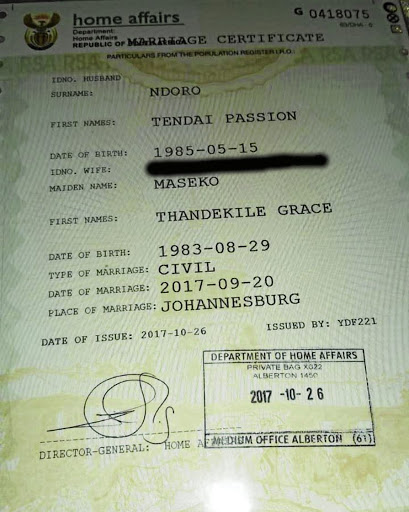 "I heard that the police were looking for me, so I went to the police station and they told me that I was sought for hitting my wife.

"She had already spoken to the guys and I slept in the police cells for two days for nothing and then after court she came to me to apologise. What is that?" he asked.

Ndoro refused to give details of what happened on the day, stating that the matter will unfold in court. "All I have to say is that my hands are clean. I have never laid my hands on any woman," he said.

Ndoro said he wanted his estranged wife to stop lying about him and stop tarnishing his good name.

Maseko, who vacated their marital home in Benoni last week after Ndoro stopped paying for it, denied the claims, saying that there was another woman behind the collapse of their marriage.

Maseko said she received an eviction notice from Ndoro which was written and sent to her by the girlfriend, who is a well-known real estate agent in Pretoria.

"I moved out of the house on Saturday. I am currently living with family members and I have to drive for about an hour every morning to drop my son off at school .

"The agent said we must move out after the woman wrote them a letter asking them to remove us because Tendai will not be paying for the house anymore," Maseko said.

She insisted that their marriage certificate was genuine and that Ndoro is in fact the one who forced her to do it fraudulently.

"He is lying to you. The marriage certificate is not fake. He was not around at the time he made me do it; the reason he made me do it is because he wanted me to help his daughter get a South African birth certificate," she said.

Maseko said Ndoro was trying to make her look bad to protect his lover, "who is financing his lifestyle".