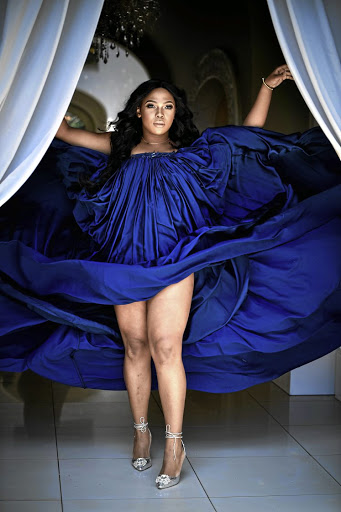 Modisane, a transgender who prefers to be identified as non-gender, is a first in beauty brand ambassadorship that the international brand includes members of the LGBTQ+ community. She follows in the footsteps of Somizi Mhlongo, who was announced the ambassador of Black Opal last May.

Modisane, who hails from the East Rand, was announced as the LUX ambassador in Houghton, Joburg, last week.

She is one of SA's first gender-neutral influencers to collaborate with the heritage brand. In February last year, Modisane received a call from LUX to be part of their team.

She said she had to keep tight-lipped about the news.

"Until you have the actual contract you can't really speak. But also, it was so big for me at a time when I had lost my mom and grandmother, and those two women were literally my pillars," she said.

"Having lost them, I was distraught and did not know who to tell the good news ... and if I told someone and it didn't happen, everyone will be like, 'so where is it?'"

Known in the entertainment industry as a content creator, celebrity stylist, fashion and entertainment commentator, Modisane said she is fighting off flu after shooting brand-related content she couldn't disclose.

"There is something that I shot where I had to be in a tub with ice-cold water ... that's all I can say."

With images of Modisane in a royal-blue Rubicon Spring/ Summer 18 dress on social media, the 30-year-old said: "I am living my life. I am different and not apologetic about that. I am comfortable in my skin.

"I am not conformed by the beliefs of society."

Unilever beauty and personal care spokesperson Sphelele Mjadu said Modisane forms part of a formidable group of content creators that LUX has collaborated with over the last three years.

"This includes fashion and beauty personas such as Nadia Jaftha, Tshego Manche, Aqeelah Harron and Thuli Mola. As a result, our brand partners create content that is unique to their audiences," said Mjadu.

"It is for this very reason that the brand continued to evolve and change the way we collaborate with our brand partners, [and] this is no different to the relationship we have established with Kgosi."