Nasty C asked y'all to help him with his new music video & it went cray! 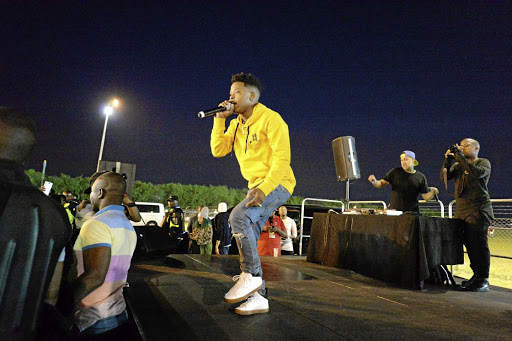 Rapper Nasty C has Mzansi O.B.S.E.S.S.E.D with his latest album Strings and Bling and nearly crashed the internet with a genius idea involving one of the songs this week.

You see‚ homie had an idea to include fans in the music video for his single My Baby and asked the Nasty C army to send him videos of them and their baby - whether it was their mom‚ sister‚ friend or even a pet.

Fans heeded the call in their numbers and filled Twitter with hundreds of videos. Some were really sweet‚ while others decided to clown around and had the streets howling.

We know that Rae Sremmurd don't have a type but there were a few we saw. Which one are you?

This my baby and i aint sharin pic.twitter.com/VRDUE1Mozb

Team 'remix (cause‚ like‚ what kind of alien ish version of the song is that?)'.

@Nasty_CSA I Love my Baby sis and Baby bro!!! Strings and bling juss brings the best out of em😭😭😭😭😭😭😭😭😭😭Thanks Big bro pic.twitter.com/lA9ht5bKmC

And what face is that?

#MyBaby My Son I Love Him So Much. Lost His Mother This Year (January 22) After Giving Birth To Him🙏🙏. She Didnt Get A Chance To See Our Beautiful Son❤❤ pic.twitter.com/X7cLUbajiw

Team 'couple goals- with the dance and everything'.

My babysis is my world and my crazy #mybaby 😂💚 that's her on the left and myself🙈 🎥: Mom @Nasty_CSA pic.twitter.com/2AMbXzPvxv

So here's my video submission for @Nasty_CSA #MyBaby . Little did I know there are certain songs you can't sing out loud at a black household😢😢😢. But either who I did it with my 2 loved ones🤣🤣😂#TaFire pic.twitter.com/i5in3RburT

What a time to be single 😭😭 pic.twitter.com/EojJSt2zrg

Nasty C to face music over breach of contract.
News
3 years ago
Next Article