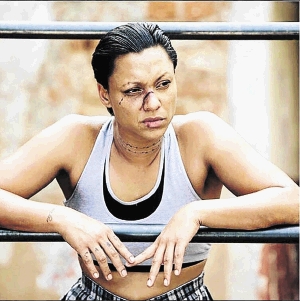 Actress and dancer Lorcia Cooper is transformed into a scary prisoner in 'Lockdown'.

Freddy Krueger wouldn't be half as scary if he wasn't dripping with blood and a fresh flesh face.

Maki Magwaza wouldn't be nearly as tough or terrifying on Lockdown if it wasn't for that nasty gash on her forehead.

And Michael Jackson's Thriller video wouldn't have been a hit without the zombies. The people behind these scary characters hardly get the recognition they deserve. Special effects is a rare skill and it takes talent to come across as realistic.

As much as make-up was created to enhance our physical features, it can also be used to make us look inhuman, unreal and scary. The people behind this artistry take their time using cosmetics to create bruises, cuts, blood, old age, deformities, mutations and more.

Materials often made of latex, silicone or rubber are used to create the magic.

And although there are computer-generated special effects, artists like these are needed to create a seamless connection between actors and actresses and their fantasy world.

Babalwa Mtshiselwa, head of make-up on local drama Lockdown, is responsible for making the women in the series look like hardened prisoners.

She said the difference between normal make-up and special effects is that it is not meant to make the person beautiful.

She said special effects require a lot of preparation, research and take time to apply and complete.

"I first create a mould which is where I create a wound or effect with the clay and pour silicon on it to get a photocopy of the effect," Mtshiselwa said.

She did not study special effects but learnt it on an international film set she was working on in Cape Town in 2010.

She said special effects was not what she wanted to do, but when she was introduced to it, she loved it and subsequently developed a passion for it.

Mtshiselwa hopes that the South African Film and Television Awards will recognise and reward her recent efforts.

Locally, Queen Motlale is a veteran in this field. She has practically worked on nearly all South African dramas and films of the past 23 years.

Motlale said special effects is something she wanted to do because it is different and separates her from the crowd.

She admits that special effects is a niche market. 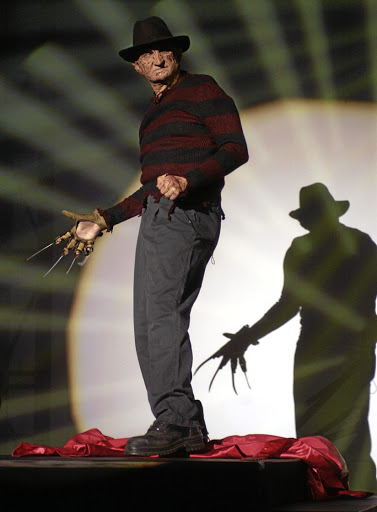 Actor Robert Englund as the scary Freddy Krueger during his and Ken Kirzinger's 'Face Off' to promote their film 'Freddy vs Jason' in Las Vegas, Nevada. / Denise Truscello /WireImage

Although she has worked a lot abroad, she has also done more than 20 feature films in the country, including District 9, Jerusalema and A Million Colours.

Internationally, Motlale has worked with the likes of R Kelly, Anthony Anderson and Chris Rock, who she toured with when he was doing Kill The Messenger.

Motlale studied beauty therapy in South Africa and went on to advance her skills at the Joe Blasco make-up artist training school in Hollywood, US.

She believes that there is future for upcoming special effects make-up artists because it will inspire more African stories.

"A lot of African stories involve ghosts and ghouls and gremlins, so we can help them bring such characters to life in a production," she said.

Motlale owns House of Queen, a company which supplies make-up artists to the local entertainment industry.

She also teaches up-and-coming make-up artists at the institution that she established in 2006.

Kayla Morris, 23, is an aspiring make-up artist who recently got her big break as a special effects make-up artist. Morris said she got the inspiration to pursue a career as a make-up artist because her parents are in the film industry.

Before she got her break, Morris did Halloween and normal make-up for clients.

"It is very hard to get into the industry in this country but I am hoping I will get more work now.

"It is fun work but can be expensive when you are doing small jobs," she said.

For the past three months Morris worked on an upcoming star-studded local crime series that will be on our screens early next year.

The stars in the coming movie include Hlubi Mboya, Bianca Le Grange and Seputla Sebogodi.

Picture of the day: Mbali Nkosi turns up the summer heat in a sexy bikini

Mbali Nkosi modelled some summer pieces in the latest edition of People Magazine SA. Picture taken by Brenda Taylor My interview in the @people_sa ...
Entertainment
4 years ago

"It was fun working on that production. I had to create plenty of bruises and wounds," Morris says.

She said although there are not many calls for that kind of work, she actually enjoys it when she does get a call out.

Motlale said those who would like to pursue a career in the special effects industry need to be creative, and importantly, not be afraid of getting dirty.

Morris studied at the Kohl Make-Up Academy four years ago.

"A special effects make-up artist's job requires you to focus less on making actors pretty and more on making them look monstrous, bloodied or alien.

"Long hours on set making actors feel comfortable during their eight hours in the make-up chair are just a couple of the tasks you'll face, but the rest of the job will be spent making artifices look natural," Motlale said. 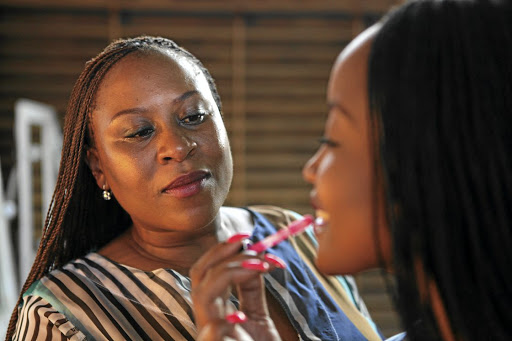 The Academy Award for best make-up was introduced in 1981 after the academy received complaints that the make-up work in The Elephant Man (1980) was not going to be honoured.

No award was given to The Elephant Man, but an entire category dedicated to honoring make-up effects in film was created for subsequent ceremonies.

Today, Joel Harlow is one of the most innovative make-up and special make-up artists and designers on American motion pictures and a repeat recipient of the Academy Award.

Born in Grand Forks, North Dakota, Harlow's passion to work on film began with his childhood viewing of the original 1933 King Kong.

Harlow studied animation at the School of Visual Arts, but his true passion was special make-up effects.

He gained practical experience on low-budget horror and fantasy films such as The Toxix Avenger and Basket Case 2.

He graduated to work on high profile films such as How The Grinch Stole Christmas, Planet of the Apes and a number of Pirates of the Caribbean films.

He also worked as Johnny Depp's make-up artist in Alice In Wonderland.

Rick Baker, who worked on the 1981 film An American Werewolf in London, has also won six Oscars in total.

Barker is the guy who created the "were-cat" creature Michael Jackson transforms into in the music video Thriller and recently in the award-winning film Maleficent, featuring Angelina Jolie.

Elka Wardega is an Australian artist who specialises in prosthetic make-up.