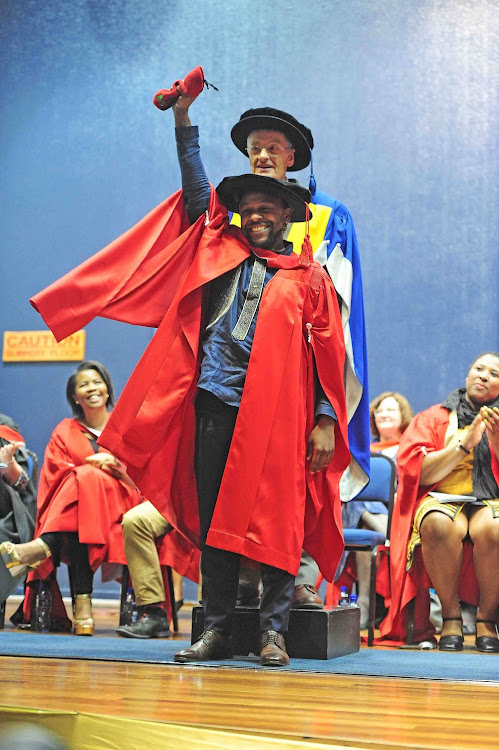 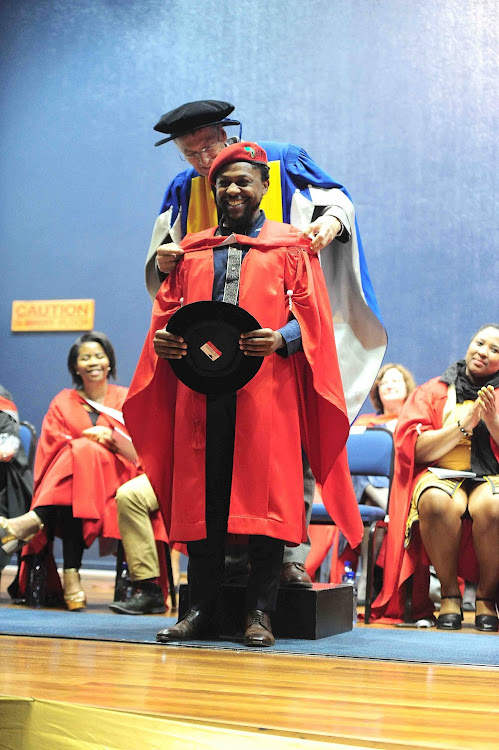 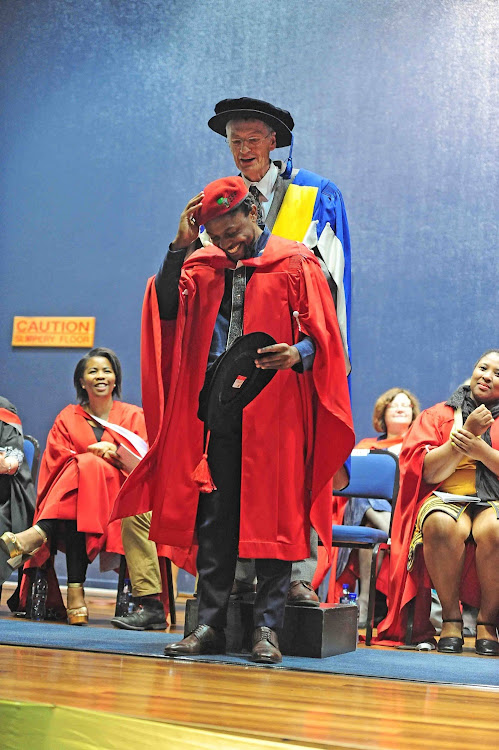 The Economic Freedom Fighters spokesperson now known as Dr Mbuyiseni Ndlozi‚ has always been on a mission to change the world.

Back in 2002‚ a bright-eyed Ndlozi‚ who at the time was in Grade 11‚ was interviewed on SABC’s Morning Live show after he won a Young Communicator Award.

“I want to study psychology … I want to deal with people‚ especially the mind‚ because I am aware that the problem in this world is in the mind‚” said Ndlozi.

Asked to clarify what he meant‚ he replied: “Poverty is the state of mind and everything is just mind‚ so I want to deal with the mind of these people. I want to bring about the change. I believe I was born for a change‚ so I want the purpose I’ve got about my life to be fulfilled.”

This award was seemingly a sign of greater things to come to the young man from the Vaal.

On Tuesday‚ Ndlozi wore the same smile from 2002 as he trotted across the stage of the Great Hall at Wits University.

Celebrating one of our own, congratulations Dr @mbuyisenindlozi. 🎓

Donning a red graduation gown‚ he proudly swapped his signature red EFF beret for his graduation cap as he obtained his PhD in Politics.

The 32-year-old‚ who is the youngest MP for the EFF‚ may have strayed from his dream of being a psychologist but he has certainly made a mark.

Mama, remember when I joined the EFF as a Commissar, back in 2013, they said I must choose between PhD & EFF. They said one can't do both. But guess what, it's graduation day 🎓 today #Asijiki pic.twitter.com/HAAAQtkYp5