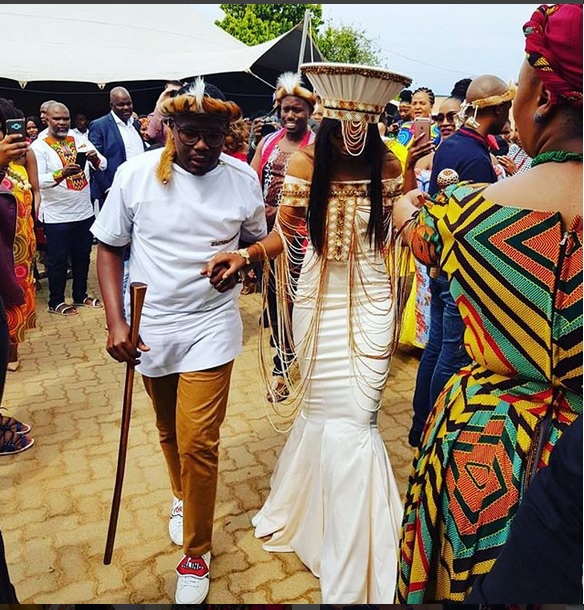 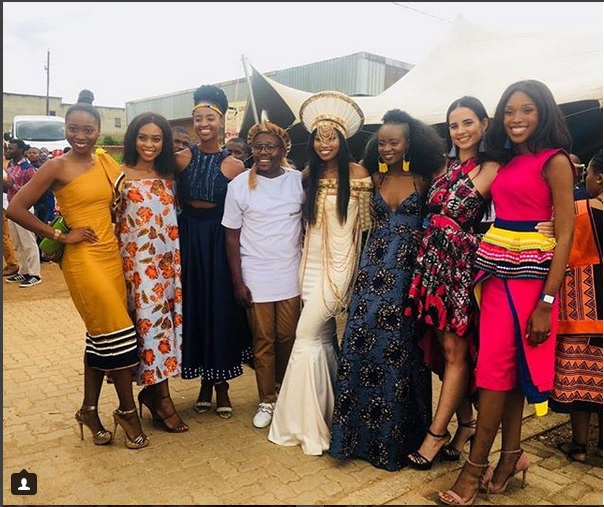 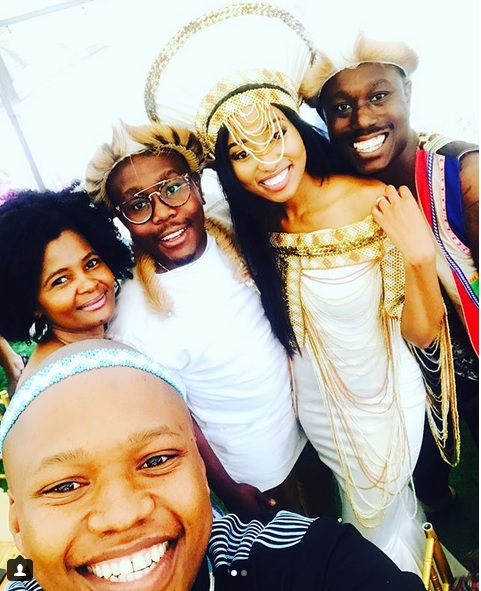 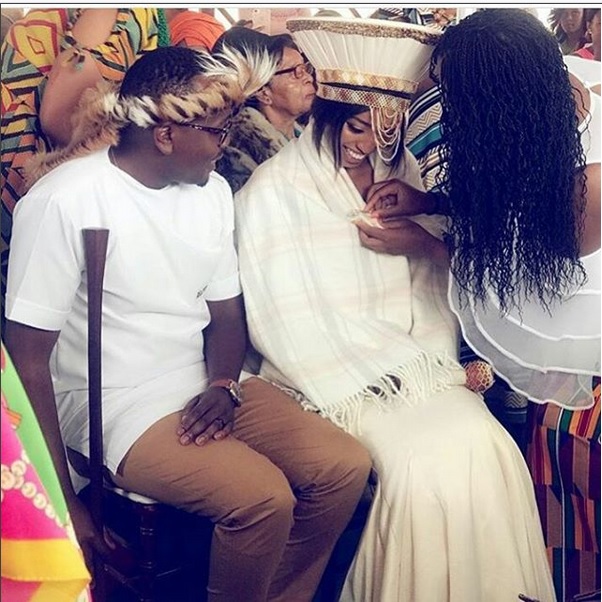 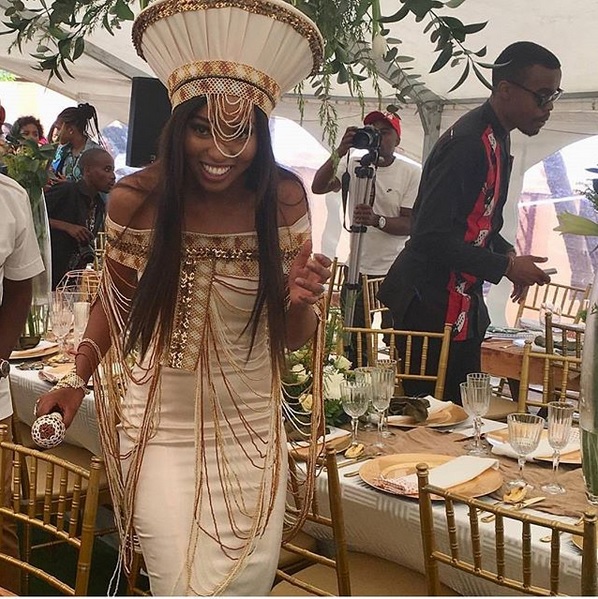 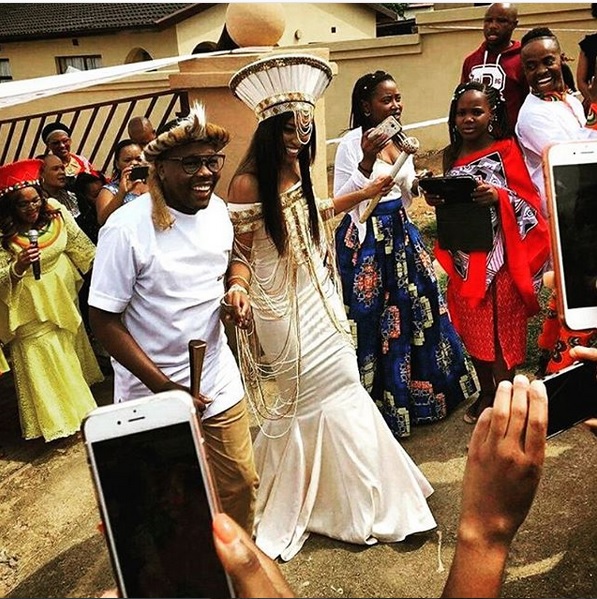 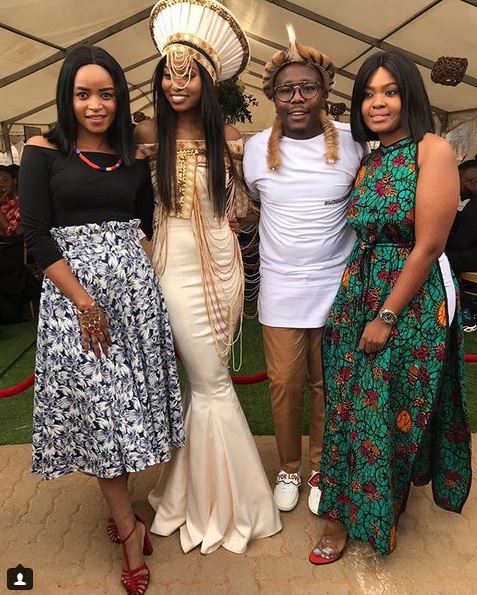 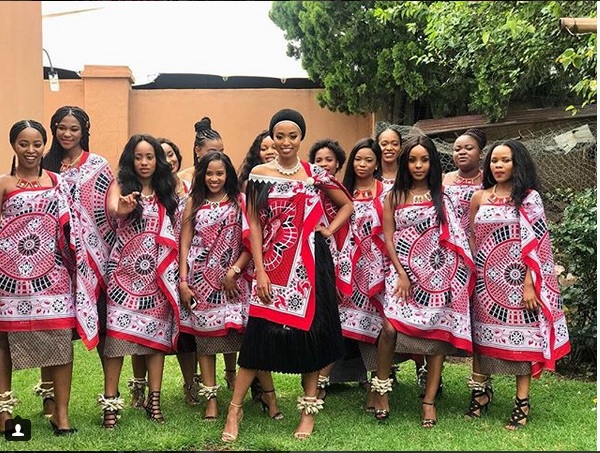 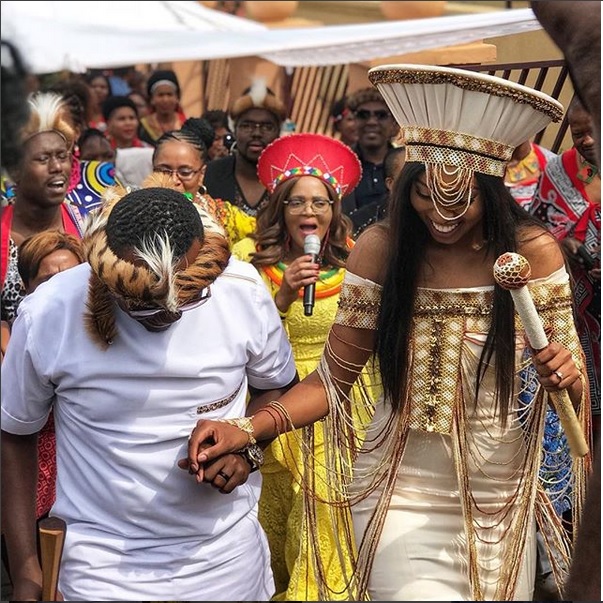 The proceedings started two hours late due to the delegation from KwaZulu-Natal running late, but the excitement reached fever pitch when the two celebrities stepped out to meet the guests.

Gifts were exchanged. Mthethwa presented the Kunene family with blankets, umbrellas, pots and groceries such as potatoes, carrots and cabbages.

The look was styled with a matching isicolo (Zulu hat) and beaded overlay.

There were three giant marquees - one hosted umembeso, the other hosted locals and VIPs, while the third hosted VVIPs with armed security guards. Guests were tagged according to colours.

There was a short speech by the bride and groom thanking the guests, who were treated to a buffet of roasts, stews, curries, a selection of veggies and breads. There was an after- party where Mthethwa sang a gospel hymn for his bride.

As first reported by Sunday World last week, the couple got hitched after dating for three months.