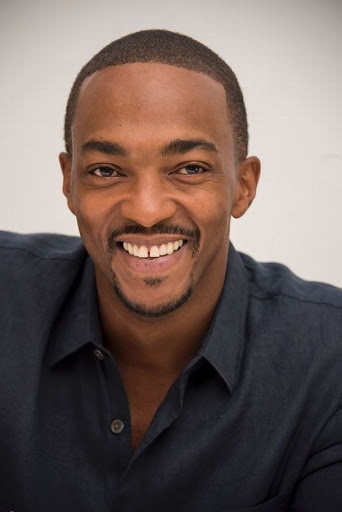 SA shores will soon be graced with the presence of award-winning US actor Anthony Mackie‚ who has been cast in the leading role of the action-packed heist film The Blue Mauritius.

Mackie joins a cast of international actors such as Grey’s Anatomy star Eric Dane and French actor Gérard Depardieu as well as SA locals Nicola Breytenbach‚ Pearl Thusi and Deon Lotz in the film which follows the story of international thieves on the hunt for a rare set of stamps which hold the key to unlocking treasure in Mauritius.

Mackie gained prominence after his role in the Oscar-winning war thriller The Hurt Locker in 2009 and is best known for his role as The Falcon in blockbuster The Avengers.

“Anthony Mackie brings such a fresh perspective to the cast and the character‚ he’s an incredibly talented‚ versatile actor who truly takes the project to the next level‚” said Dexter Davis‚ CEO of D Street Media‚ the company producing the film. Davis serves as executive producer with actor‚ rapper and presenter Nick Cannon.

The film is part of a larger effort by Davis to create a star system for SA and put the country on the international film industry map.

D Street’s president Ernest Napoleon said: ““We believe we can achieve what 12 Years a Slave did for Lupita Nyong’o. Had it not been for her very famous co-stars Michael Fassbender and Brad Pitt‚ whose fame brought in audiences from all over the world‚ we may not have known who Lupita Nyong’o is today.”

The Blue Mauritius is the first of Davis’s projects to be filmed in the picturesque town of Port Shepstone‚ where he is in the process of setting up South Coast Film Studios. The project will break ground in March 2018 and be up and running in early 2019. Additional filming will take place in Cape Town.

“It’s going to have a substantial effect on the entire south coast economy. We see the studio as being a beacon of light and opportunity for not only people working directly in the film business‚ but it’s an opportunity to train young people in an array of different industries that support film and television production.”

Peter Kwele‚ head of marketing and communications at the National Film and Video Foundation‚ said: “[Davis’s] studio will go a long way towards creating access for more South Africans to participate in our growing industry‚ and we look forward to assisting in any way possible.

“It is not unique for US filmmakers to show interest in South Africa. South Africa has signed nine co-production treaties with countries such as Canada‚ France‚ the Netherlands‚ the United Kingdom‚ which have seen many international films shot in South Africa.”

The new Tomb Raider film starring Alicia Vikander was recently shot in SA‚ along with the third instalment of The Maze Runner and the TV series Outlander.

The Blue Mauritius is expected to be released at the end of 2018.