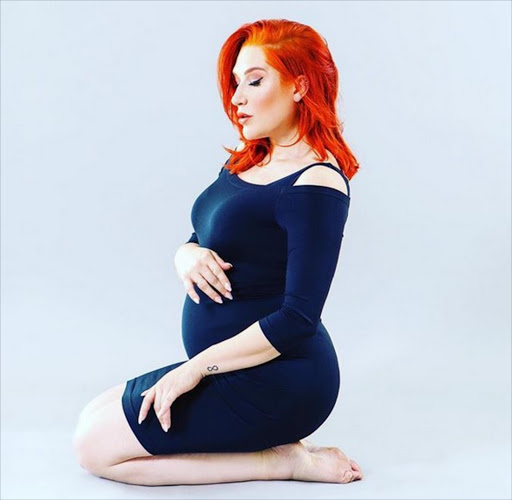 Musician Tamara Dey exclusively revealed to the Sunday Times that she is pregnant and she’s in her second trimester.

The singer said she had none of the obvious pregnancy signs and only when she realised she was overly emotional‚ did she decide to have a test.

“I found myself waltzing around my house in my Kimono‚ in tears‚ with Michael Kiwanuka’s Love & Hate album blasting on repeat‚” she told the paper.

Tamara recently released her single Colours with DJ Zinhle and her new solo album‚ Dey L ‘Afrique‚ will be dropped at the end of October on iTunes.

“I’m hoping for a natural birth and we’re expecting 2018 to start with bang! I’m in my second trimester and I’m really loving it. I assumed I’d be a total wreck while pregnant‚ but it’s been quite the opposite and I’m feeling so blessed because of that. “

She said she has been craving naartjies and has become obsessed with citrus fruit smells. Even though she has gained weight‚ Tamara has made sure to stay active and has been doing Pilates. And‚ of course‚ she’s still doing gigs.

“I just feel so lucky really. I’ve always been so career focused and the truth is I could easily have missed that boat. I know this will be the hardest‚ but most rewarding thing I’ve ever done and my soul is ready for the lesson.”