Baxter concedes title, says Chiefs will do right thing on guard of honour for Sundowns 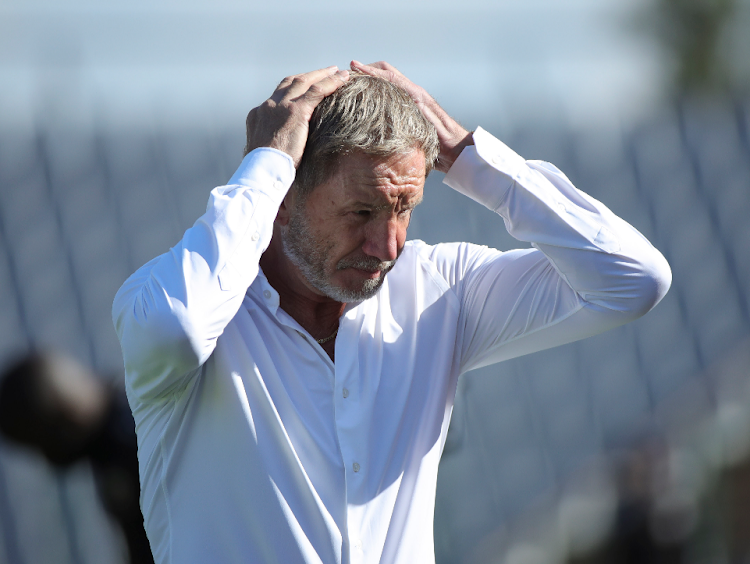 Kaizer Chiefs coach Stuart Baxter has conceded the DStv Premiership title and has suggested his team will give runaway leaders Mamelodi Sundowns a guard of honour early next month.

Sundowns have accumulated 57 points and will reach an unassailable lead of 64 if they get seven points from their next matches against Cape Town City, Sekhukhune United and Chiefs.

But by the time they visit Amakhosi at FNB Stadium on May 8, the Brazilians may be champions and it remains to be seen if Chiefs will roll out a guard of honour for their visitors.

The Brazilians hold the record for most league points in the professional era with 71, which they achieved in the 2015-16 season, lifting the trophy with a 14-point advantage over second-placed Bidvest Wits under then-coach Pitso Mosimane, who is now the coach of Egyptian giants Al Ahly.

“I think we have completely blown our own chances to put any great pressure on Sundowns,” said Baxter who admitted they are playing for the second spot that comes with Caf Champions League football.

“Sundowns have done a marvellous job this year and I think the rest of us are playing for the follow-up places. That said, if they are the champions when they come to us we will give them every respect that a professional should afford each other.”

Amakhosi welcome back influential midfielder Khama Billiat in a big DStv Premiership match against SuperSport United at FNB Stadium on Saturday, who missed their last encounter against TS Galaxy (7.30pm).

“I didn’t see him [Khama] in previous seasons but according to a lot of people who saw him in that time he has made a resurgence and I think his performances have been very lively,” Baxter said.

“To break down a compact defence you need people who are sharp and have that bit of extra technique and pace. We do miss Khama and we have played him in a bit of a false nine role and we can play him coming from the side.

“Whichever role we play him, he always looks lively and we are glad to see him back. One of the problems we have had is that we have had one of two of the front players missing at the same time due to injuries and suspensions.”

“People usually say you don’t want to play against a team that has just changed a coach because no matter what there will be an effect. Because Kaitano is both a friend and colleague, it is a shame that he had to leave his post,” ex-SuperSport coach Baxter, who had Tembo as an assistant at the Pretoria club, said.

“Sometimes the club benefits or doesn’t benefit — the pros and cons of that one I don’t know. Whether we will find a fired-up SuperSport or a SuperSport in disarray we should just concentrate on our game to be honest.”