Supportive mates helped me to adjust at Galaxy, says Kolak 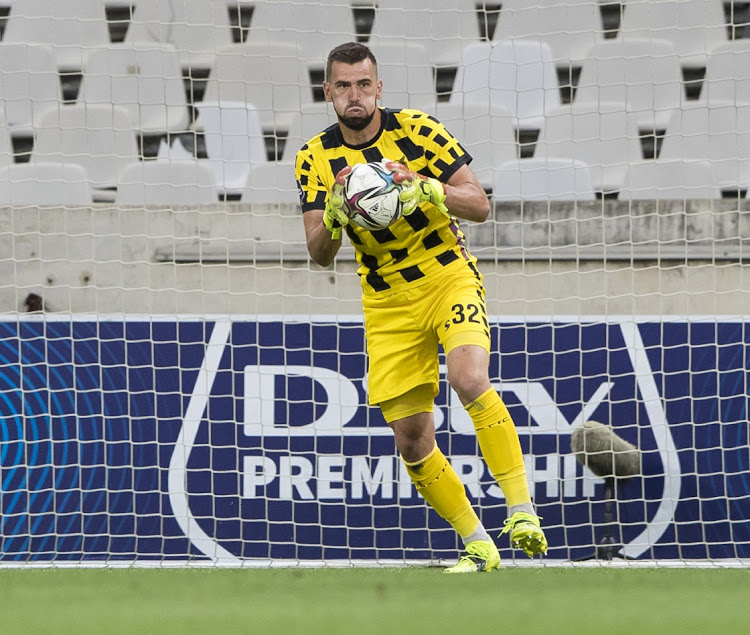 Having made the No 1 jersey his own at TS Galaxy in his first season in the DStv Premiership, goalkeeper Vasilije Kolak has explained why he didn’t take time to adjust to the league.

Kolak joined Galaxy at the beginning of the season from Bosnia-Herzegovina side FK Krupa. He has made nine appearances already, missing only two games.

In those matches, he managed to keep two clean sheets, one on his debut against Kaizer Chiefs and the other against Swallows recently.

He was at his best on Sunday as he made several saves to help Galaxy edge Swallows 1-0 at home and credited his performance to the support he has received from his teammates.

“I’m happy with my performance so far with the team. Even though we were struggling, we have a good team here,” he told Sowetan yesterday.

“These guys are very positive and have accepted me very well and I believe we will get good results together in the next coming matches. They have made me adjust well at this club by showing support since I got here.

“If it wasn’t for them I don’t think I would have been here but the performance can always get better. I want to progress every day. We have been playing well lately and I want us to continue like that. I believe we will.”

The 26-year-old also explains the difference between the DStv Premiership and European leagues.

“Here, football is played fast up and down, and in Europe a lot is done on possession of the ball,” he said.

“I’m happy to be playing in this league. This is a very good league and the players are playing a very good brand of football. Despite being different from the one in Europe, it is very good and exciting and I’m looking forward to playing more.”

Kolak also revealed his ambition with the Rockets.

“My target with the team is to help them finish in a good position on the log standings first, and I’m positive that we will survive.

“I would also like to see myself winning some silverware with the team in the future.”

Have Orlando Pirates deteriorated or improved under the guidance of co-coaches Fadlu Davids and Mandla Ncikazi?
Sport
1 week ago
Next Article