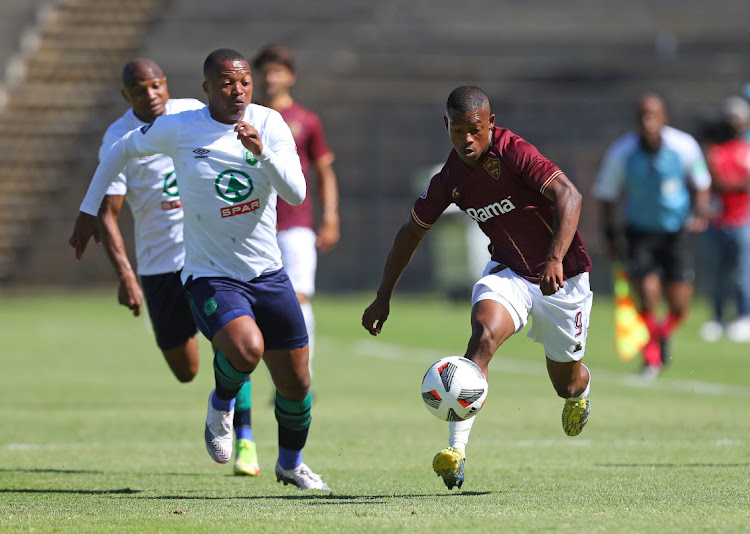 The impressive run Stellenbosch are having is a result of the their resilience and team spirit, says striker Ashley du Preez, who is not surprised by their performance.

Stellies have shown huge improvement from a team fighting relegation last season to being among the surprise contenders for the league title. Stellies and Mamelodi Sundowns remain the league’s only unbeaten teams.

Du Preez said they wanted to continue with that impressive run when they host struggling Orlando Pirates at Danie Craven Stadium today at 5.30pm.

“I think last season was a huge learning process for us as a team. With the unbeaten run, we are doing a lot of things right where we are conceding fewer goals and scoring more,” he said.

“It was a process where we learned and this season we are well balanced in attack as a team. But we’re not surprised, we are just glad that the team is working hard for matches.

“We are more positive. Our hard work, resilience and team spirit, and the will to win is working for us as a team. We were lacking on these things last season.”

Du Preez expects Pirates to come out firing as they look to end their poor run of results.

The Soweto giants have only won three times in 11 matches and find themselves seventh on the log with 15 points.

“I think they will come out strongly to win the game but for us as a team, our hunger needs to be more than [theirs] coming to the game,” he said.

“I will be happier if we get three points against Pirates. Our target is to get to 30 points as soon as possible and after that we will reassess.”

The two teams have already met this season and played to a 2-2 draw at Orlando Stadium.

Mamelodi Sundowns' impressive defensive record will be put to the test when they take on SuperSport United in the Tshwane derby at Loftus on ...
Sport
1 week ago

Have Orlando Pirates deteriorated or improved under the guidance of co-coaches Fadlu Davids and Mandla Ncikazi?
Sport
1 week ago
Next Article