Marumo Gallants coach Maleka pleased with victory over AS Vita 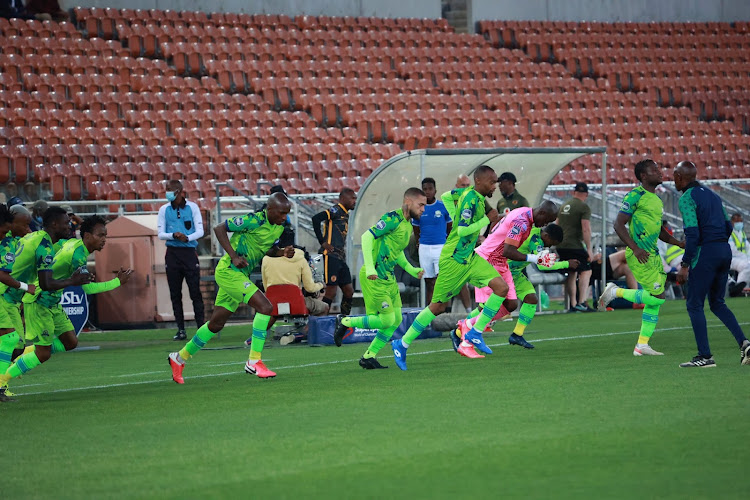 Marumo Gallants drew 1-1 with DR Congo outfit AS Vita at the Stade des Martyrs in Kinshasa on Friday night to advance to the play-off round of the CAF Confederation Cup.

Debutants Gallants progressed to the next round 3-2 on aggregate after they beat AS Vita 2-1 in the first leg in Polokwane last week in what is one of the biggest shocks of the tournament in recent memory.

Ndabayithethwa Ndlondlo handed Gallants, who qualified for the tournament after they won the Nedbank Cup last season, the winning goal during stoppage time for them to secure a spot in the play-offs.

Marumo coach Mpho Maleka showered his players with praise for producing what he described as a strong second-half display against the experienced DRC side in their own backyard.

“We knew it was going to be tough and that they were going to bully and rough us,” said Maleka.

“In the first half, they played more in our half because we allowed them to do so and we were slow in our build-up and on the attack.”

AS Vita took an early first-half lead in the 19th minute when Amede Masasi blasted a long-range shot that gave Gallants goalkeeper Washington Arubi no chance between the sticks.

“At halftime we managed to rectify some of the mistakes that we committed in the first half and reminded ourselves of how Marumo can play. We did exactly that and that is what made us able to come back stronger and be able to fight and get the equaliser late in the game.

“In the second half we were much better, we played like the way we wanted, we dictated play, owned the field and we won the duels. We called on the boys to keep on going and on the bench we made them believe in themselves.”