Three points for Chippa United is what matters, says Hunt 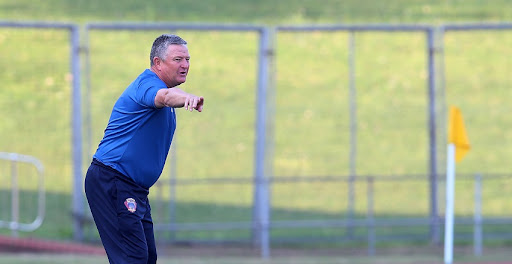 Chippa United head coach Gavin Hunt is well aware of the task that faces his side when they face a desperate Kaizer Chiefs at the FNB Stadium on Saturday.

The pressure is also piling up on the Chilli Boys, who have managed just a single victory out of six matches played since the beginning of the DStv premiership season.

Speaking ahead of the clash, Hunt says three points for Chippa United is what matters as he heads back to Soweto to face his former employer.

“When you have done as many games as I have been involved in you don’t see it like that,” he said.

“The most important thing is to get us moving up the table and we have let ourselves down a bit in recent games [and] we should have got a few more points.

“But we will have another go on Saturday.

“But the PSL is like that, you must take your chances and defend better.”

The former Chiefs mentor says the lack of professional teams in Gqeberha has been an issue in terms of finding friendly opposition for his side during the FIFA international break.

“There have been a few players out the last week or two, who have not trained for various reasons.

“The problem is that where we are [is that] you can’t really get friendly games to test them a bit. There are no other teams around here.

“We can only put them through their paces and see. I know what is required, we need a lot of athleticism and a lot of togetherness.”