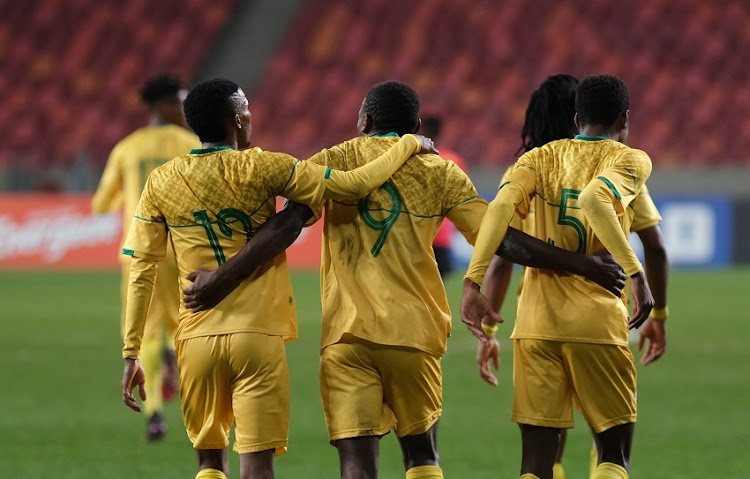 Bafana Bafana were held to a goalless draw by a motivated Zimbabwe during their first 2022 Qatar FIFA World Cup qualifier that was played at the Harare National Sports Stadium on Friday.

This share of the spoils means that Bafana will be under pressure to get a positive result when they take on the Black Stars of Ghana in their second qualification match at FNB Stadium on Monday.

In his first match in charge, Bafana coach Hugo Broos went with captain Ronwen Williams installed between the poles with central defenders Rushine De Reuck and Siyanda Xulu in front of him in the starting line-up.

In the heart of the midfield, Mothobi Mvala shrugged off a groin niggle to partner Teboho Mokoena and they came against tough competition from the likes of Marshall Munetsi, Kudakwashe Mahachi and Thabani Kamusoko.

To threaten the Zimbabwean defence that was marshalled by Onismor Bhasera, Divine Lunga and Alec Mudimu, Broos trusted Percy Tau, Gift Links, Luther Singh and Evidence Makgopa but they could not get the much needed goal.

The first real chance arrived after 17 minutes when Zimbabwe goalkeeper Talbert Shumba was forced to stretch at full strength to deny Teboho Mokoena’s thunderous shot from outside the box.

A few minutes later, Mahachi realised that their persistent ploy of playing build-ups was yielding the results and tried a long range shot but it lacked the direction to trouble Williams in goal for SA.

Zimbabwe’s tails were up as they shortly once again found themselves in the danger area of SA but the tame effort of Kaizer Chiefs midfielder Billiat did not trouble Williams from close range.

Both teams returned from the break looking for the opener and most of the chances fell for Zimbabwe who came close to scoring after the hour mark but Musona was denied by a sliding tackle by Nyiko Mobbie.

Bafana thought they have opened the scoring after Shumba failed to clear Bongokuhle Hlongwane’s goal bound shot that was cleared off the line by alert Zimbabwean defender Takudzwa Chimwemwe.

There was a lot of goalmouth action in the closing stages of the match but there was no goal to celebrate as they started their qualification programme by dropping two crucial points.