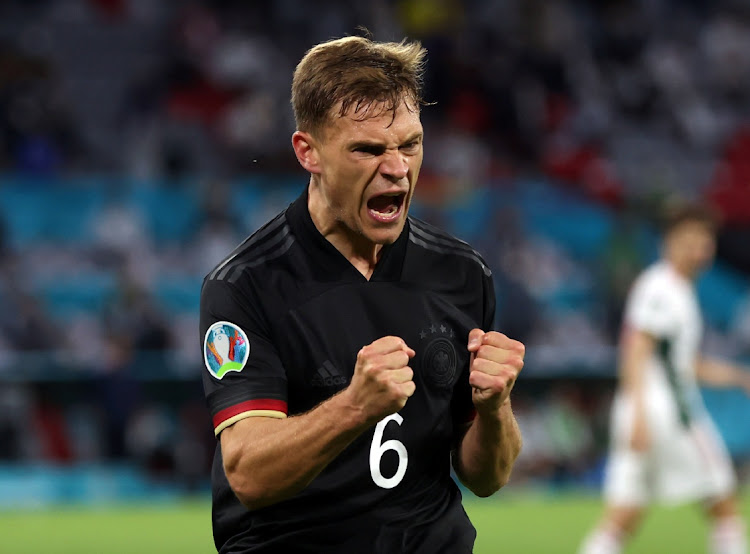 Germany coach Joachim Loew was confident his side would power their way back into the game after twice going behind to unfancied opponents Hungary in a dramatic European Championship group decider in Munich on Wednesday.

Loew said he watched with growing confidence as Germany threw everything forward in the closing stages and equalised six minutes from time through Leon Goretzka to salvage a 2-2 draw.

That gave them second place in Group F and set up a June 29 Round of 16 match against England at Wembley.

“With 10 minutes left we decided to throw on all our attacking players. I really liked the power that we showed, and that’s why I had the feeling that we could score a goal.

“At halftime I told the players we need to be faster in our combination play but without losing our nerve, and not trying to attack without structure.

"I sensed the players wanted to turn it around with all that they could throw at it, to make it to the next round.”

Germany will be far more attack-minded in their Euro 2020 Group F game against Portugal on Saturday after their opening defeat to France left them in ...
Sport
7 months ago

Hungary were always going to be a difficult opponent even if they were the outsiders in a tough group, the German coach said.

“We expected they would make it desperate for us with their defensive block, with their energy in the duels and closing down the spaces.

"Falling behind twice made it very difficult to turn the match around.

"We didn’t open up enough space in their defence so in the end, it was a strong mentality and good spirit that saw us through,” he said.

“We didn’t go crazy and we didn’t give up, and the character and personality that the team displayed was perfect.”

England will be a different prospect in the knockout stage, he said.

“England will be at home, in front of their fans and they will want to attack. There won’t be any parking the bus as there was tonight.

"One thing we need to take care of is to cut down on the number of mistakes we made. We gave the ball away too much, and that cannot happen in the next game.”

Loew, who steps down as German coach after the tournament, was minutes away from elimination and an inglorious end to an illustrious career that includes winning the 2014 World Cup.

“I wasn’t thinking about that,” he told the post-match news conference.

“There were a lot of other things to take care of first.”

Germany's players had made an important statement by displaying support for migrant workers building 2022 World Cup stadiums in Qatar on Thursday and ...
Sport
10 months ago

Germany coach Joachim Loew is not in danger of losing his job after they were thrashed 6-0 by Spain in their final Nations League group match on ...
Sport
1 year ago

Germans to take on Ukraine, Switzerland
Sport
1 year ago
Next Article