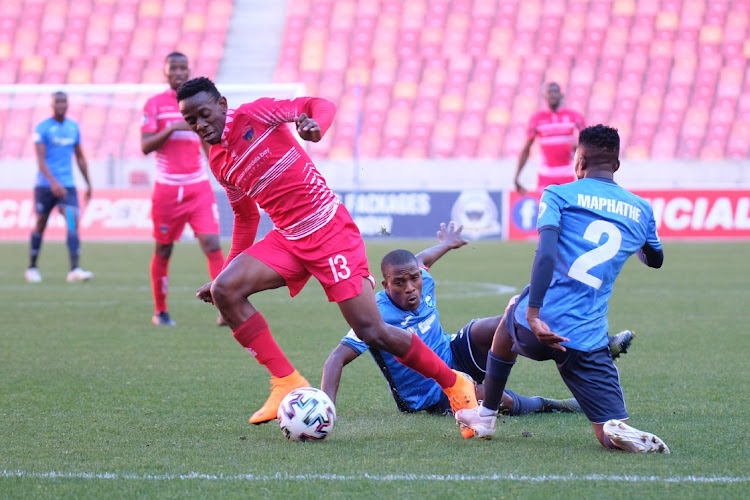 Chippa United coach Lehlohonolo Seema and his Richards Bay counterpart Allan Freese admitted that the ongoing court battle between Royal AM and the Premier Soccer League (PSL) affected their preparations for the play-offs opening match.

After Royal’s application to appeal was dismissed on Friday, the league did not waste time and staged the game of the first play-off between Chippa and Bay a day after judge Roland Sutherland’s ruling.

The Chilli Boys went on to win the match 2-1 at Nelson Mandela Bay Stadium on Saturday.

But the squabbles seem to be far from over as immediately after the order, the law firm representing Royal AM, Mabuza Attorneys, issued a notification letter to the PSL indicating it will appeal against Sutherlands’s order via section 17 (2) (b) of the Superior Courts Act.

Section 17 (2) (b) allows an aggrieved client to take matters to a higher court even if a lower court dismissed their application for leave to appeal.

“It was a game that you were not sure what to expect up until it had started because of the things that were happening before,” Seema told the club media department after the game.

“But I must compliment the players from both teams for that matter because it was not easy to prepare for this game. However, coming to our side, I think we started very slowly, understandably so, because, for the past three days, we were not sure what exactly was going to happen.

“So we tried where we could and you could see that experience is the one that guided us through. This team came here determined and winning at home will help us. It is more about mental strength more than anything this time. We are happy that we played the first match, but there is still a long way to go.

“We are  just glad that the first game is over and we will start to prepare better for the second one.”

Freese, who was in charge for the first time at Bay, echoed Seema’s sentiment after the match.

“It was nice to play, but after a long time of uncertainty, coming to play but ending up not playing, it worked badly on the players’ minds,” Freese said.

“We had to keep on motivating the boys and get their minds right for the game. I think that worked against us a little bit, but I think we had a good game here. Unfortunately we conceded those two goals, which we shouldn’t have.”

Royal AM are set to face Chippa at Chatsworth Stadium tomorrow (3pm).

Royal AM won’t be showing up for their playoff match against Chippa United, which is set for Tuesday at Chatsworth Stadium (3pm).
Sport
1 month ago

The GladAfrica Championship promotion-relegation court saga, which has taken the Premier Soccer League (PSL) more than a month to resolve, is far ...
Sport
1 month ago

The PSL have said that the opening playoff match Chippa United and Richards Bay FC will go ahead on Saturday at Nelson Mandela Stadium at 3pm.
Sport
1 month ago
Next Article