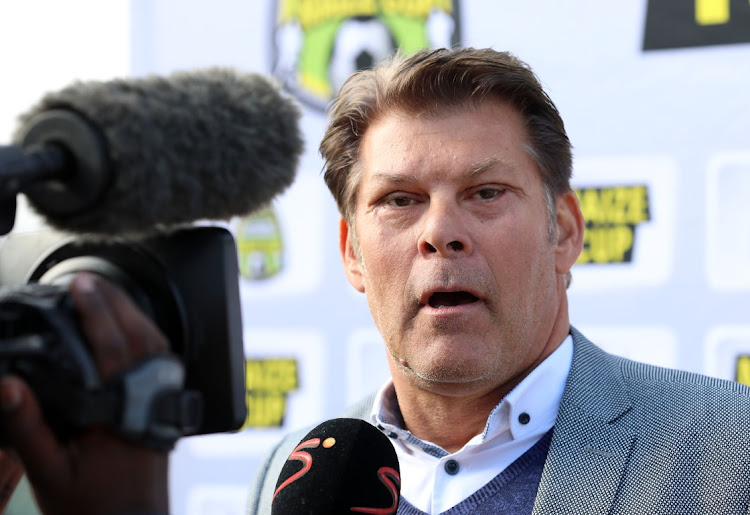 Chippa United chair Siviwe Mpengesi has finally caved in under the enormous pressure after he appointed Luc Eymael at the club.

Since the controversial Belgian coach was announced as a technical advisor on Monday, there has been an outcry and the club received a lot of backlash from the public and the EFF.

The Chilli Boys confirmed yesterday that they will no longer continue with the appointment of Eymael as a technical advisor and that the coach will now return to Belgium.

In a statement yesterday, Chippa said it’s clear that Eymael requires time to clear his name after he allegedly uttered racist remarks during his time as Young Africans coach in Tanzania, where he was allegedly recorded calling fans "baboons".

“He has reassured the club that he will, in his capacity, take legal action concerning his rights, including the dissemination of the offending media clip, through his lawyers,” a statement read.

“We as a club maintain our stance against racism of any form and wish to make it clear that our intended appointment of Eymael would not have happened were the allegations against him validated in any form.

“We are naturally sensitive to the views of our fans, sponsors, the general public and SA as a whole, and hence the decision. However, we do regret and condemn how a narrative was improperly created, without the proper facts being put forward.

“The team will now focus on means to pull itself out of the compromised league position it finds itself in, and further announcements regarding the coaching staff will follow.”

Last year, Mpengesi had introduced Eymael as their new coach but had to reverse the decision following pressure from Safa, as they alleged that they had banned him from coaching in the country due to the alleged comments.

“It must be stated that the decision to withdraw the appointment of Eymael was not based on any concrete evidence or legal position regarding the claims against Eymael, but was rather informed by the club’s sensitivity to the gravity of the accusations against Eymael, the public outcry and to also allow the matter to be fully investigated,” Chippa added.

Chippa United have confirmed that they will abort their plan to appoint controversial Belgian coach Luc Eymael as their technical director‚ ...
Sport
1 year ago
Next Article