Truter happy to fly away from Cape with a point

Sixth draw in a row for 10-man Birds 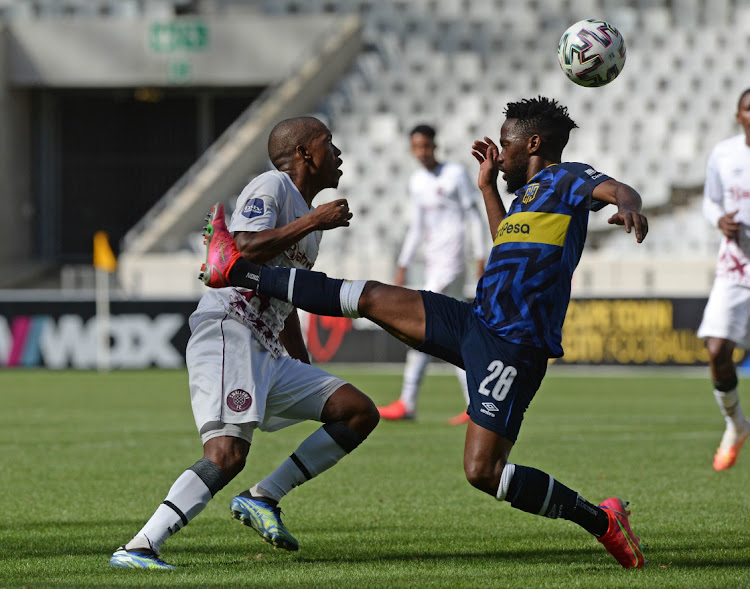 It was a sixth draw in succession in the DStv Premiership for Swallows as they held Cape Town City to a 1-1 scoreline yesterday.

Swallows now lead with the most draws (nine) in the Premiership this season, but coach Brandon Truter could not care less as long as they are not losing.

The draw at Cape Town Stadium against City felt like a win for Swallows as they played the last 24 minutes with a man down after Junaid Sait was sent off in his home town.

Yesterday's result meant the Birds have now reached the magic 30 point mark in 16 matches to remain in third place.

The Soweto side scored the opening goal against the run of play when man-of-the-match Kgaogelo Sekgota beat lanky Dutch goalkeeper Peter Leeuwenburgh at his near post 13 minutes into the first half.

Truter said he would rather take a draw than a loss.

“People are looking into these draws and laughing at us but tactically we can compete against anyone in this league. Other teams' unbeaten run was broken here but we are still unbeaten. We took four points off City and I am happy with a point,” the Swallows coach told TV interviewers.

Mduduzi Mdantsane equalised from the spot-kick on the half-hour mark for City. The penalty came after Njabulo Ngcobo brought down the Citizens skipper Thabo Nodada inside the box and referee Victor Gomes did not hesitate to point to the spot.

City could have hammered home their one-man advantage when central defender Sait, the son of Santos legend Kamaal Sait, was given a straight red card by Gomes for a dangerous tackle on Surprise Ralani.

Swallows substitute Musa Nyatama escaped the red card for dissent as he protested against Sait's dismissal, but a Swallows official was red-carded by the furious Gomes.

Being compared to Mbulelo “OJ” Mabizela is what motivates Swallows defender Njabulo Ngcobo to work hard.
Sport
1 year ago

Swallows FC defender Thabo Matlaba has strongly dismissed suggestions from certain quarters that the wheels are coming off for the high-flying Birds ...
Sport
1 year ago
Next Article