Businessman hopes 'gamble' will pay off 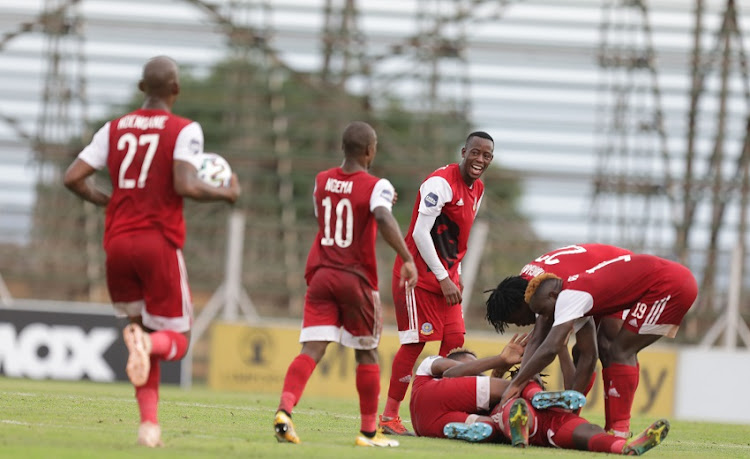 Sello said he took a calculated risk during the unpredictable times of the Covid-19 pandemic. His bold decision left his wife and children happy and nervous at the same time.

The 53-year-old pharmacist was born and raised in Sekhukhune in Limpopo. He said that he has been in business for 35 years and his role models are Kaizer Chiefs and Orlando Pirates bosses Kaizer Motaung and Irvin Khoza.

Sello said he would not reveal the exact figures in the TTM purchase to “avoid embarrassing” former owner Masala Mulaudzi. Reports, however, have suggested that he paid R40m and inherited a debt book of more than R15m.

“My whole family is excited and panicking that I bought a club and emptied my bank account. They do not know if this gamble will pay off or not. But I am in this for the long haul,” Sello told Sowetan yesterday.

Sello owns a pharmacy business, TTM, ABC Motsepe League club Olledas FC and he is a lecturer at the University of Limpopo.

“I attend every game and regularly motivate the players. TTM is like my wife. I need to know everything about her. But I do not interfere with the coaches. I invested a lot of money into this project.”

Though he found TTM in a mess, much of it regularly reported in the media, Sello was unfazed and paid the asking price. His plan is to move the club from its Venda base to Polokwane where they will use the Peter Mokaba Stadium for their home matches.

“When I got here I had a heart-to-heart discussion with the players. There were a lot of promises to be fulfilled. I got introduced to the players and told them they are here to stay. I started paying owed salaries in January to everyone. I appreciate the players and know what it means to be appreciated.

“They wanted an ear and guarantees that they will be well taken care of. I pay them bonuses for winning a game. I also appointed a new board and addressed the growing complaints about salaries. It is an ongoing process and I want to change everything before the end of the season.”

Sello appointed journeyman coach Dylan Kerr on a consultancy basis but he made it clear that Kerr is not the team's coach.

“Kerr is our adviser. He has not signed a contract and does not sit on the bench. I interviewed five coaches and he was part of them.”

Sello also said he is selling Olledas FC to focus on TTM on a full-time basis.

The mandate of the team is to retain its status, but he is dreaming of winning the Nedbank Cup this season.

“We are holding our thumbs that we won't get relegated.”

TTM host Swallows in the Nedbank Cup round of 16 on February 26.

Champions Sundowns stretch their lead at the top to five points

The well-oiled Mamelodi Sundowns machine continues to roll on.
Sport
1 year ago

Kaizer Chiefs are just out of ideas, 10-man Amakhosi slumping to a 2-1 DStv Premiership defeat at FNB Stadium on Wednesday to an easily more alert, ...
Sport
1 year ago
Next Article