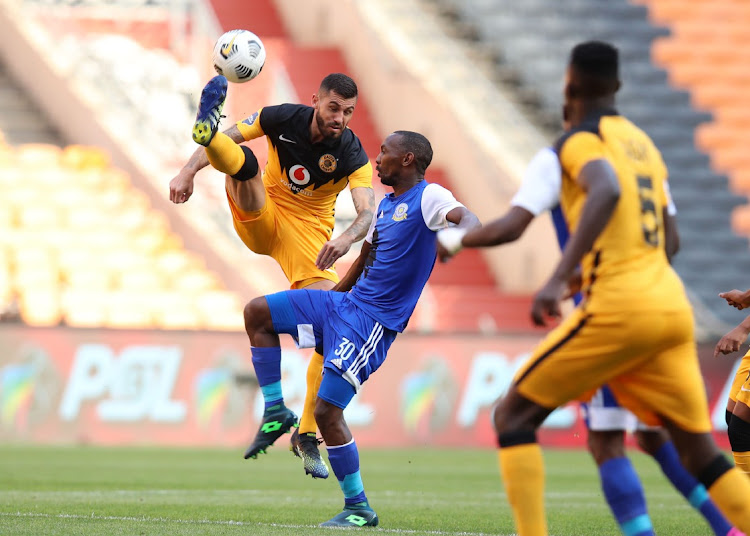 Kaizer Chiefs are strolling towards recovery after they completed three successive victories in the DStv Premiership.

After a horror start this season, Chiefs are recovering from that as they moved into seventh in the table. Yesterday's impressive win was their first at home in the league this season

For TTM though, things are not looking good as they have now lost four of their past five matches and remained in the danger zone.

Hunt made three changes from their 2-1 victory over Cape Town City at the weekend. Siyabonga Ngezana, Mashiane and Kearyn Baccus dropped to the bench, with Kgotso Moleko, Leonardo Castro and Darryl Matsheke drafted in.

Amakhosi were forced to an early substitution with captain Ramahlwe Mphahlele limping off with a hamstring injury and was replaced by Njabulo Blom with the match just 15 minutes old.

That early setback  did not dent Chiefs' confidence though, as they went ahead in the 19th minute, with Ngcobo netting in a successive match.

He showed some great skill to beat defender Nicholus Lukhubeni before volleying past Washington Arubi.

Despite the early lead, Chiefs never tested Arubi as the match progressed. They opted to sit back and create a wall that made it difficult for TTM to penetrate in the opening half. TTM were forced to take long-range shots that never troubled goalkeeper Daniel Akpeyi, who enjoyed a quiet opening half.

Chiefs came out attacking in the second half and started to create chances as they looked to increase their lead and doubled the score in the 67 minutes as Manyama slotted into an empty net after he connected from Mashiane’s cross down the left.

That was Manyama’s first touch after he replaced injured Lebohang Lesako in the second half. Things went from bad to worse for TTM as they finished with 10 men after Alfred Ndengane was shown his second yellow for a dangerous tackle on Samir Nurkovic.

Mashiane and Manyama then combined again for the third goal to make it 3-0 in injury time. But the drama didn’t end there as Chiefs also finished with 10 men with Bernard Parker, who came on as a sub, was shown his second yellow card in injury time.

TTM insist they will show up to face Kaizer Chiefs: 'There’s no such boycott by the players'

Tshakhuma Tsha Madzivhandila (TTM) insist that they are not facing the threat of a strike and the players will show up at FNB Stadium on Tuesday ...
Sport
1 year ago

Chiefs ace Nurkovic turns his sights on TTM: 'Everything we are doing is for AmaKhosi'

Ace Kaizer Chiefs striker Samir Nurkovic has admitted that watching the team struggle to find the back of the net in the four months he was sidelined ...
Sport
1 year ago
Next Article