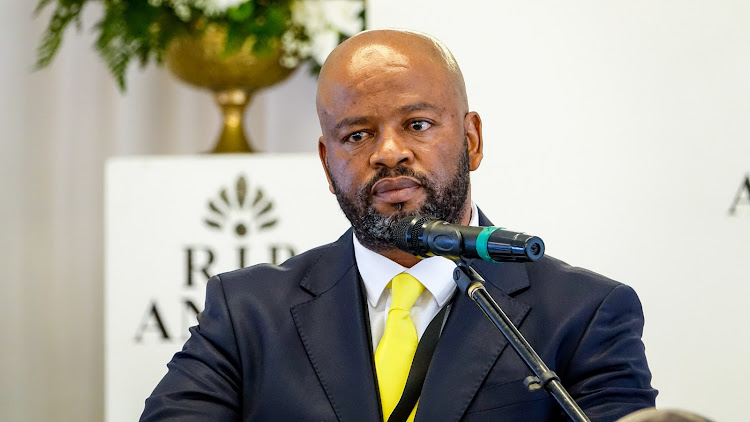 The Brazilians‚ who are currently sitting at the top of the table and they are defending champions‚ meet Abafana Bes'thende in a DStv Premiership tie at the Sugar Ray Xulu Stadium in Durban on Saturday.

Sundowns‚ Orlando Pirates Pirates‚ Swallows FC and Arrows are the only teams yet to be beaten after seven rounds of matches in the league and Mngqithi said he was impressed with what he’s seen of Arrows this season.

Ncikazi was given the responsibility of coaching Arrows after Sundowns ‘stole’ coach Steve Komphela at the start of the 2020-21 campaign. “It’s a well-coached team‚ you can see‚” Mngqithi said of Arrows ahead of the Brazilians’ trip to Durban.

“Coach Mandla and Mabhuti are doing a top job there. The players they have are really some of the top youngsters that you can find in the country.

“(Nduduzo” Sibiya has been in a very good scoring mode‚ (Velemseni) Ndwandwe is coming in handy‚ (Pule) Mmodi may not have scored (he’s scored one league goal)‚ but he’s very handful from the left channel though he’s using the right foot.

“But we believe we’re ready to compete and give it our best shot. It’s not going to be an easy game but we have prepared.

“Their strength on set pieces is good because they’ve got very good delivery from Sibiya from (Siboniso) Chonco and even (Knox) Mutizwa.

“They really deliver the ball very well because in the box they may not have much ammunition but Sibisi is still one of the strongest; (Matome) Mathiane in the near post also comes in very strong.

“So we’re not playing a small team here‚ we’re playing a team that has not lost a game in seven matches.

“And in fact they’ve been unfortunate in some matches to have had draws because they create a lot of scoring opportunities from their breaks and counter attacks.

“So that’s the team we’re playing and we know what is expected of us.”