Zwane: ‘My partnership with Shalulile and Erasmus can do better than CBD’ 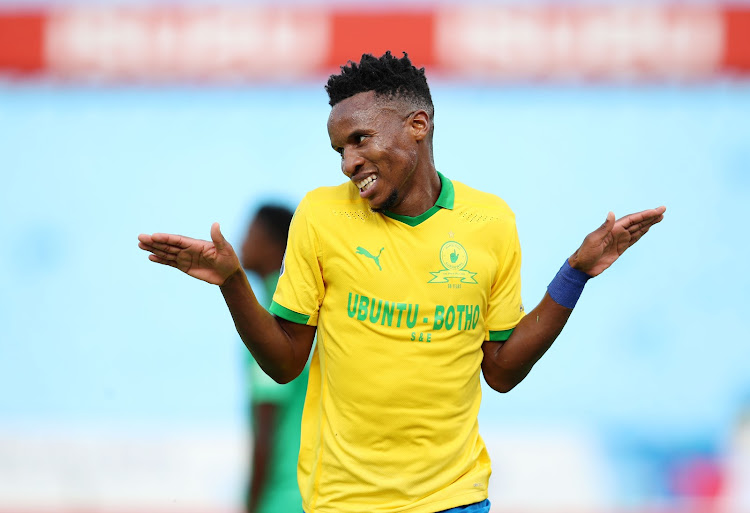 Reighing footballer of the year Themba Zwane helped himself to a second DStv Premiership hattrik of the season after Chippa United Eva Nga.
Image: Muzi Ntombela/BackpagePix

Mamelodi Sundowns midfielder Themba Zwane believes that his partnership with Peter Shalulile and Kermit Erasmus can do better than the “CBD” of Leonardo Castro‚ Khama Billiat and Keagan Dolly.

The feared CBD was a nightmare for defenders during the 2015/2016 season where they scored a combined 25 league goals to help the Brazilians to the domestic championship and the Caf Champions League.

Reflecting on his sparkling start to the season and how he has combined with Shalulile and Erasmus‚ “Mshishi” said there is no reason they can’t emulate or even do better than Castro‚ Billiat and Dolly.

“We have quality and we have started the season very well‚ we just need to continue with what we have been doing and be consistent. My aim is to improve the Themba Zwane of last season and help my team to win more trophies‚ that’s all.”

Zwane who has scored six goals in as many league matches so far‚ said he is enjoying working with new arrivals Shalulile and Erasmus who have started life at Chloorkop on a good footing.

Shalulile and Erasmus have scored three and two goals respectively and they have contributed eleven of the thirteen goals that Sundowns has scored so far this season.

“It has been good having Erasmus and Shalulile because those two guys really work hard. What makes me happy is that we understand each other and we will keep on pushing and try to create more goals. What makes me even happier is that we combine very well on the field and that’s what makes things to look a little bit easier for us.”

Reflecting on his player of the month award‚ Zwane said it’s a reflection that he has started the season well.

“I am happy to win this award‚ my aim was to start the season on a high note with consistency and trying to help my team to win matches. I am happy that as a team we have started well‚ coach Manqoba Mngqithi worked with coach Pitso and he hasn’t changes much.

“The only thing that he has changed maybe is the pattern of play and we want to win games with good football. I am happy for the new guys who have come in to the club because they have adjusted very well. Especially Kermit and Shalulile‚ they are really helping us.”