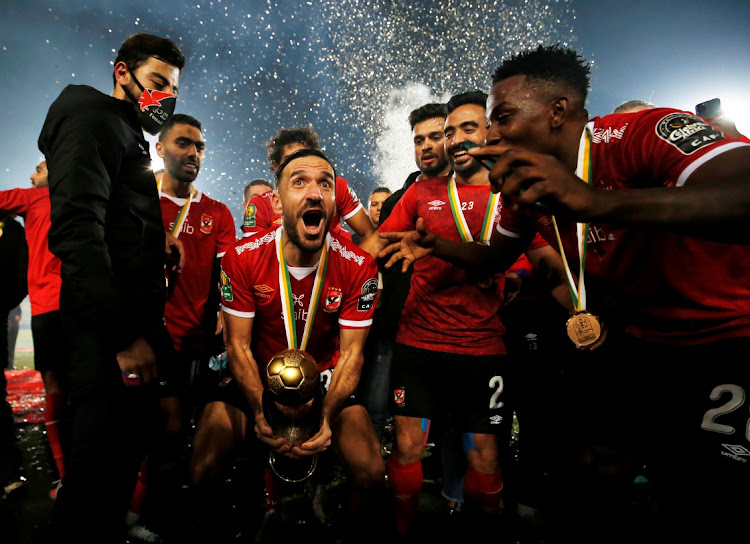 This is the view of former Bafana Bafana mentor Shakes Mashaba. The 70-year-old Soweto-born trainer has recommended that the country develop a bigger pool of younger coaches who’d take over as he predicts more African giants will come for the current experienced coaches after seeing Mosimane doing wonders at Al Ahly.

“I am so proud of Pitso. His success with Al Ahly has already created role models,” Mashaba told Sowetan yesterday.

“More African clubs will want to import SA coaches but the danger with that is that we, as a country, will be left with nothing in terms of quality coaches.

“From now on we must increase the pool of upcoming coaches…we need more coaches who will take over if the ones we have go outside our borders. Pitso has changed the game…it’s so amazing that he’s achieved a lot in a short space of time.’’

Mosimane, who linked up with the Egyptian heavyweights from Mamelodi Sundowns in October, guided the club to their ninth Champs League triumph by beating their local foes, Zamalek, 2-1 at Cairo International Stadium. It’s Mosimane’s second Champs League trophy, having clinched his first with Downs in 2016.

“We are so lucky as SA to have this great man [Mosimane]. By accepting the job he showed how brave he is. For me, I think that 5-0 win [over Al Ahly in the same competition’s quarterfinals last year] by Sundowns was the game changer…it’s where al Ahly realised he can be the man,’’ said Mashaba.

However, Mashaba feels it could be difficult for Mosimane to spread his wings further and coach in Europe, hinting racism was still a hurdle. “We all know that Pitso has what it takes to coach in Europe but I doubt it can work,’’ said Mashaba.

“Europeans still look at Africans as inferior people. It’s a very debatable issue but we all know how European clubs look at black coaches…let alone the ones coming from Africa.’’

It is impossible to go the entire DStv Premiership campaign unbeaten. That is the view of Mamelodi Sundowns co-coach Mangoba Mngqithi.
Sport
1 year ago

Pitso Mosimane and his technical staff got down and boogied in the Al Ahly change room shortly after steering the continental giants to a ninth Caf ...
Sport
1 year ago
Next Article