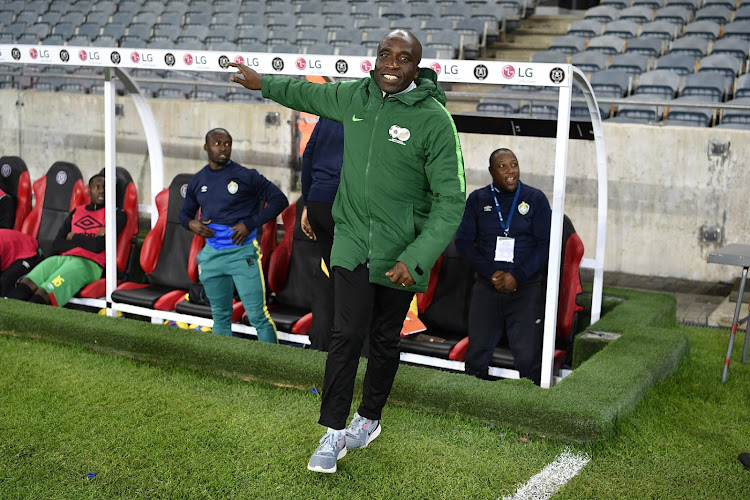 South Africa under-23 coach David Notoane has tipped striker Zakhele Lepasa to lead the line for the junior national team at the Olympic Games in Tokyo next year if he continues to get game time at Orlando Pirates.

Lepasa‚ who has featured in six matches for Pirates in all competitions so far‚ was part of Notoane’s under-23 squad that played two friendly matches against Saudi Arabia where they lost one match and drew the other.

Notoane said the 23-year-old Lepasa‚ who scored in the 3-2 loss to Saudi Arabia in the first game‚ has shown maturity over the past few months as he has matches under his belt.

“Lepasa has shown his hand after coming through the last few under-23 camps and in this camp he has really shown maturity and we are happy about that‚” said Notoane.

“Is he the one who will score goals for us?

"There is hope and I believe he will do that if he continues with his form at Orlando Pirates. He brings the confidence he is getting from playing matches at Pirates to the national team.”

Notoane said the purpose of the friendly matches against Saudi Arabia was to widen the pool of players ahead of the Olympic Games.

“Overall one is very happy in terms of increasing the pool of players but the exercise was also to address certain challenges in key positions.

"I though a player like Malebogo Modise did very well at left back‚ Sifiso Ngobeni also did very well in the first match and that presents a situation that leads to a solution coming to next year.

“Our focus is obviously on preparation and we are happy with new players like Leletu Skelem and Shane Roberts.

"We also brought in Skelem into the attack and he created chances‚ but we are still looking for that marksman who can put the ball in the net. I think this was a very successful camp in terms of the under-20 players graduating to the under-23s‚ but it was also about blending in new players and I am happy on that note.

“One of the things to come out of this camp is that we adapted tactically and put certain challenges to the boys to be able to dominate the game playing away from home.

"In the second match we saw a game where we tactically dominated and going forward we want to improve our level of tactical cleverness and game intelligence.

“So the response from this camp was positive.

"From a physical perspective‚ I have put it to the players that at the Olympics we must be at a level where we are world class and are able to compete pound for pound with our competitors.”