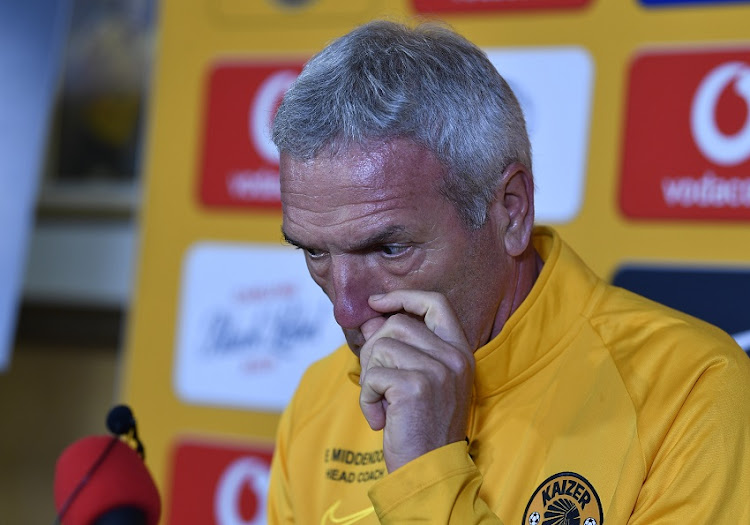 Ernst Middendorp was in no mood to discuss his unceremonious exit from Kaizer Chiefs and the fiery German mentor was still incensed on Thursday afternoon.

The German has still not come to terms with his sacking by Chiefs boss Kaizer Motaung on Wednesday‚ just days after the long-time premiership leaders were pipped to the title by Mamelodi Sundowns on the final day of the season on Saturday.

Asked for his reaction on Thursday‚ a curt Middendorp offered a few words before dropping the phone on SowetanLIVE.

“Please understand that I’m not making any statements at the moment‚” said the terse German mentor.

Middendorp’s curt reaction came just hours after Chiefs had confirmed that his second in command and former Bafana Bafana striker‚ Shaun Bartlett‚ had also been shown the door.

Chiefs' decision is a clear indication that a new coach‚ expected to be former Bidvest Wits head coach Gavin Hunt‚ will come with his new technical team.

Middendorp looked to end Chiefs’ five-year trophy drought when he managed to keep Amakhosi on top of the Absa Premiership table from August last year only to give it away on the last day of the season.

The Glamour Boys were held 1-1 by Baroka FC while rivals Sundowns cruised to their third league title in a row with a 3-0 win over Black Leopards.

In his statement on Wednesday‚ Motaung said his club‚ which was desperate to celebrate 50 years with at least one trophy in hand this season‚ will announce a new coach before the players return from the short break towards the end of this month.