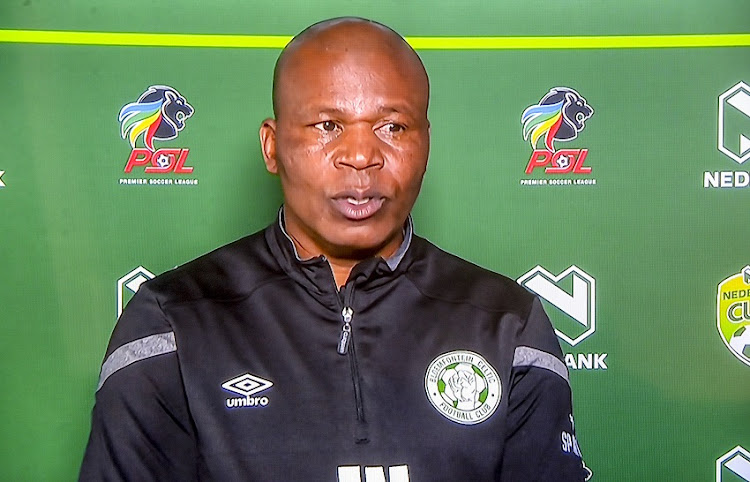 Bloemfontein Celtic coach John Maduka has urged his charges to show no fear when they take on Mamelodi Sundowns in the Nedbank Cup final at Orlando Stadium on Saturday.

Celtic take on highly fancied Sundowns only a week after they clinched the league title in dramatic fashion from under the nose of Kaizer Chiefs last weekend.

Sundowns are chasing a rare treble and they have already won the Telkom Knockout and the league title.

“They must be happy and excited at this opportunity but we will make sure that they don’t put themselves under unnecessary pressure.

"We must also make sure that they don’t get too excited because if you are too excited you end up not doing the right things. So‚ we are trying to tell them that it’s just another game and the only difference is that it’s a cup final.

“We know that if you are a footballer‚ there will always be tension before the match but after a few touches of the ball you become okay.

"So‚ we have told the players not to have fear‚ we have asked them not to play the game before Saturday and they must focus on the preparations so that they are ready for the match.”

Celtic and Sundowns have stayed in the bio-bubble the longest as they restarted the season with the Nedbank Cup‚ semi-final wins over Baroka FC and Bidvest Wits Respectively on 8 August.

“Our plan was to play nine matches and that’s seven in the league and two in the Nedbank Cup. So‚ mentally already we prepared the players that we might be the first to get into the bubble and the last to get out.

"It is happening the way we planned it and mentally we did prepare the players before we left Bloemfontein that they may stay in the bubble for a long time.

"During our time in the bubble‚ we have made sure that we take one game at a time and we have working as a team. We have worked on mental strength and that has proved to be good for us and it helped us to manage to finish in the top eight.”

“We are happy that Mabena‚ who is the captain of our team‚ and influential defenders Justice Chabalala and Mahashe are back from suspension and they are available for selection. We are happy to have them because they are very important in our team.”

Even in the case of defeat‚ Celtic have qualified for the Caf Confederation Cup because Sundowns have booked their place in the Caf Champions League by winning the league and Maduka is looking forward to continental football.

“We are happy that we have qualified for the Caf Confederation Cup where we will be representing SA. It is a good opportunity for the players and the club to be exposed at that level on the continent.

"When it comes to the financial stuff‚ the management is aware of the situation and they have to dig deep to make sure that everything goes according to plan.”