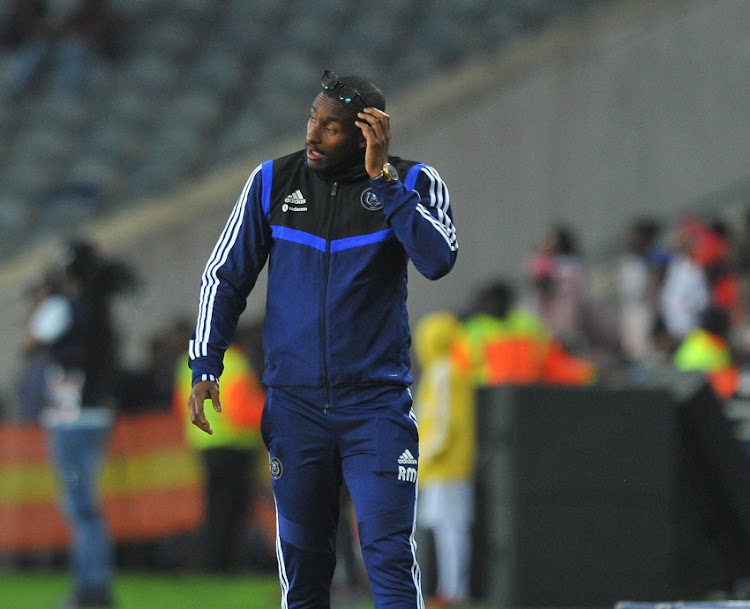 Orlando Pirates caretaker coach Rulani Mokwena has admitted that Milutin Sredojevic's sudden departure on Friday has affected the Bucs and they are struggling to deal with the Serbian mentor's exit.

Pirates crashed out of the MTN8 on Saturday night in their first match since Sredojevic's resignation and Mokwena conceded that the coaching upheaval has had a negative psychological effect on the players after they delivered a strained performance at Orlando Stadium.

“It was a difficult match but I think it was a reflection of the state that we are currently in‚” Mokwena noted after his first game in charge of Bucs.

“You could see that on the pitch‚ there’s a lot that has happened in the club in the last 48 hours.

"No excuses‚ but (it was) a bitter pill to swallow.”

Highlands attacking midfielder Wayde Jooste scored the only goal of the match 10 minutes from time‚ giving the Lions of the North victory in what was their first match in the competition and their first win over Pirates since regaining their top-flight status in the 2016/17 season.

Pirates suffered their third defeat in a row in as many days after losses against SuperSport United (3-0) in the league at the Mbombela Stadium on Wednesday night and to Green Eagles of Zambia in the away first leg of the Caf Champions League's preliminary round last Saturday.

Pirates’ defeat in a competition they last won when they defended it in the 2011-12 season means the struggle continues as far as bringing any piece of silverware as Sredojevic also left without adding any trophy in his second stint at the club that last won silverware in 2014.

Reflecting on the player’s fighting spirit and attitude on the field‚ Mokwena said he could not fault their commitment to the Pirates badge.

“The defeat is one that we swallow and try to move on and improve from‚” he said.

Asked if he's ready to assume the head coaching position on a permanent basis after Sredojevic’s departure and after turning down offers from elsewhere in the past‚ Mokwena said it was not the right time to think about his personal ambitions as he thought the team was more important at the moment.

“I think after a performance like that‚ I think it would be unwise to start thinking about myself‚” said the former Mamelodi Sundowns assistant coach.

“I think when you’re being called to serve you always got to try to think less of yourself and try to put the team first. I think in this moment in time it becomes even very difficult to detach myself from what the team is going through.

“As much as I can explain and elaborate on what it means for me‚ I think as a club in this moment in time we are feeling a lot. Regardless of how I feel and regardless of the honour bestowed upon me to lead an institution like this‚ I think it counts for nothing when as a club and when as an institution we are not in a good way.

“So‚ I’m part of that and it becomes a bit difficult to detach myself emotionally and to even think of myself in this current situation.

“Like I said‚ all we have to do is stick together and try to raise the level of performance because of course 100% coaches will always see that the result is always a reflection of the performance.

"Although (on Saturday) it was slightly better‚ in the last three matches we have not played in the way we expect Orlando Pirates to play.”

Mokwena and his assistant Fadlu Davids‚ himself a young coach with a promising career after doing some good work as a head coach at Maritzburg United before joining Pirates last season‚ will have to quickly improve the situation in the next five days as they play two matches that could further reveal a lot about the kind of season they are likely to have.

Pirates visit AmaZulu in Durban on Tuesday to play their third Absa Premiership tie before hosting Eagles in the return leg of the Champions League preliminary tie at the Orlando Stadium on Friday night.