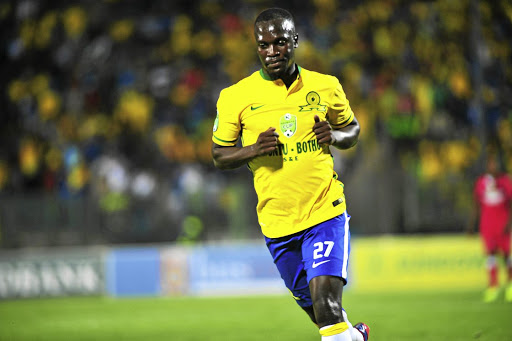 Malajila is in search of a new club after leaving Sundowns at the end of last season, ending his six-year stay at Chloorkop.

"Malajila arrived here [at Celtic] yesterday [on Monday]. They took his documents and he is set to sign on the dotted line before the end of this week, probably on Thursday [tomorrow],'' an insider told Sowetan yesterday.

"He is being signed with the aim of replacing Tshegofatso Mabasa [who joined Orlando Pirates alongside Kabelo Dlamini and Bongani Sam]. The club have high hopes that he will score goals because of his experience, of course.''

The source also confirmed that Ndumiso Mabena was still training with Phunya Sele Sele, despite being linked with a move to Maritzburg United.

"I was surprised to see Mabena back at the club. he's training with the rest of the team. I am not sure about his contractual matters but it's known that he might join Maritzburg.''

The club's chief executive, Khumbulani Konco, was not keen to talk extensively about the club's transfer dealings, insisting all the new signings will be paraded in due course.

"We will make an announcement when the timing is right. At this stage I won't speak about anything regarding the signings,'' Konco emphasised.

Celtic recently announced that they have extended the contracts of their co-coaches Lehlohonolo Seema, Simon Gopane and John Maduka for a further three years.

"It was an easy decision to keep the coaches. They did well last season by finishing the club in the top eight (they claimed the eighth spot). That was one of the reasons we extended their contracts,'' said Konco.

"We have not given them any mandate, but we would wish to finish in the top eight again this season. They are our legends, with vast knowledge of the club.''

Celtic start the new season by facing Orlando Pirates away on August 3.