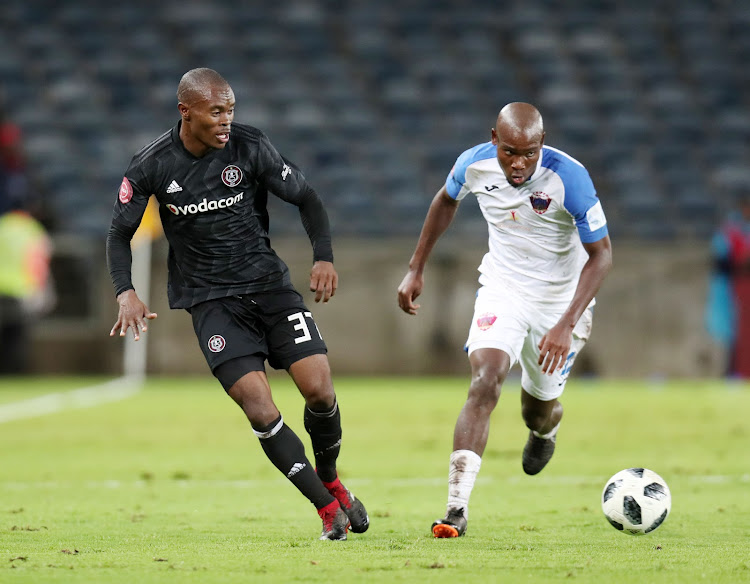 The close working relationship between Orlando Pirates and Chippa United is illustrated in the fact that there have been 29 players movements‚ and counting‚ between the two clubs in a little over three seasons.

But as Pirates football administrator Floyd Mbele explains, it is merely a case of two teams with different requirements and immediate needs finding some common ground to create win-win solutions for both clubs.

The extraordinary number of moves does not include the transfers that were announced and then later failed to materialise‚ such as switches from Pirates to Chippa for Bernard Morrison and Thabo Matlaba previously‚ and Gladwin Shitolo and Ciao Marcelo in this transfer window.

No two other Premier Soccer League clubs have anywhere near as close a relationship in the transfer market‚ as the teams regularly swap players backwards and forwards‚ sometimes within a single season.

Jomo Sono has started another overhaul of his squad for the new National First Division season that he hopes will take his side from relegation ...
Sport
2 years ago

Kaizer Chiefs have acquired their third signing ahead of the new season with the arrival of bustling Serbian striker Samir Nurković on a three-year ...
Sport
2 years ago

And there could be another move afoot with reports that left-back Tebogo Tlolane‚ signed by Pirates in this transfer window‚ could be sent back to Chippa on loan for the 2019/20 campaign.

But as Mbele explains‚ the fact that Pirates are a side gunning for Absa Premiership honours and Chippa are more likely to be pushing for a top eight place‚ at best‚ makes it easier for them to do business with one another.

“There is no formal relationship‚ it is more an off-the-cuff thing‚” Mbele says.

“It depends on what part of the football tier you are on.

"If you are in the middle tier‚ then you know that big clubs will want to sign players and they will likely identify a few of yours as the season goes on.

“Teams from the same tier‚ such as Chiefs-Pirates or Sundowns-Pirates‚ will only do business with each other very occasionally because you do not want to help your competitor out in the transfer market.

"Why would you want to make your rival stronger?

“So the likelihood of them releasing players to one another is next to nothing. That means you have to find clubs with the right players‚ who are willing to do business with you.

“There has been a lot of movement between Pirates and Chippa in the last few years‚ but before that‚ if memory serves‚ there was a lot of transfers between Chippa and Sundowns.

"At that time‚ Sundowns were sending more players out on loan‚ which is no longer the case.

Orlando Pirates fans will hope that by the time they face newly-promoted Stellenbosch FC at home on the final day of the 2019/20 Absa Premiership‚ ...
Sport
2 years ago

“So it is really just coincidental that there is so much movement between Prates and Chippa‚ as the clubs‚ in their current situations‚ find that they can assist each other in the market.

"But maybe next year it will be Chiefs or Sundowns again.”

Mbele offers a fascinating insight into transfer dealings in the league and recounts his time at Platinum Stars‚ when the side finished second in the league under coach Cavin Johnson.

“When I was at Stars you knew you could not go to AmaZulu or SuperSport United for players‚ because you were seen as competitors at that level‚ but if you went to clubs marginally higher in the league‚ they were willing to do business‚" he said. “Also‚ some teams don’t like loaning out players at all.

"While others don’t like to bring in players on loan.

"You could speak to a Highlands Park and have a player that they are interested in‚ but they say‚ ‘we want to buy him‚ we are not interested in a loan’.

“But maybe that is a player who‚ given his age and other factors‚ you want to hold on to‚ so you instead do business with a club who does want to do loan deals‚ because that is what suits you best.

"He can go for a season‚ play‚ and come back.

That being the case‚ unless Chippa suddenly turn into title challengers in the near future‚ the deals will keep on going between the two sides.