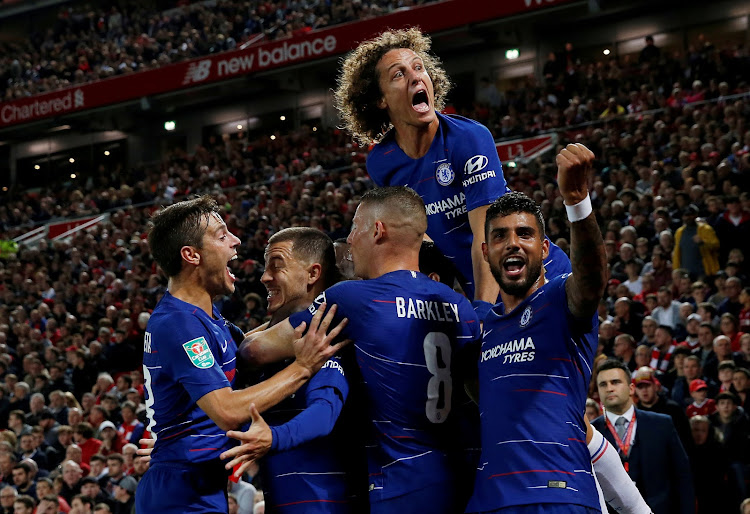 Chelsea inflicted the first Premier League defeat of the season on champions Manchester City as goals from N'Golo Kante and David Luiz earned the home side an unlikely 2-0 victory on Saturday.

Chelsea had been run ragged by a clearly superior City side until Luiz produced a pinpoint 50-metre pass to Pedro Rodriquez in the 44th minute.

Pedro found Willian and the ball fell to Eden Hazard who sent it across goal where Kante thumped it into the back of the net.

It was the Frenchman's first goal since the first game of the season and Chelsea's first shot on target.

Luiz headed home Chelsea's second in the 78th minute from a corner by Hazard, the ball looping into the net past the stranded Ederson to confirm City's first league defeat since April.

City arrived at Stamford Bridge after seeing their closest title rivals Liverpool leapfrog them with a thumping 4-0 win at Bournemouth. Chelsea climbed to third on goal difference with Tottenham Hotspur set to play Leicester City later on Saturday.