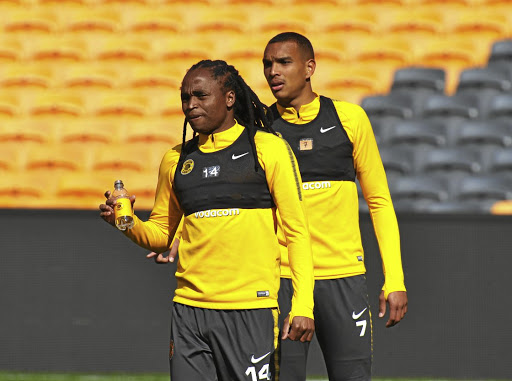 Seasoned Kaizer Chiefs midfielder Siphiwe Tshabalala is determined to remain a regular in the new campaign.

Tshabalala, 33, is in his 11th year with Amakhosi and despite the age catching up with him, he's hungrier than ever.

"I've always taken it upon myself that I'm a senior player and I need to do more. When things don't go well, I also need to raise my hand and take responsibility and protect the young ones," said the Phiri-born, Soweto, lad.

"The mentality, the thinking ... is still the same. I need to push myself as well and lead through performance to help the coach [Giovanni Solinas]."

Now on a new two-year deal, Tshabalala has always played a pivotal role. He has featured prominently in the team's pre-season friendlies so far, including in the inaugural Shell Helix Cup defeat to Mamelodi Sundowns at the weekend.

Besides his own contribution, "Shabba" plans, as part of the players' committee, to assist Solinas to settle.

Chiefs will open their 2018/19 campaign against reigning Absa Premiership champions Sundowns at Loftus Stadium on August 4.

"The coach just needs to focus on his job and not on other things that are not related to football. So that's why we have a committee of senior players to help the team," he said.

Meanwhile, Tshabalala is pleased that new signings Khama Billiat and Letlhogonolo Mirwa are settling in nicely. "I personally had a chat with them and I said they are good players, that's why they are here. Our job is to help them achieve their goals."

The last time Chiefs won a knockout trophy was the MTN8 in 2014.