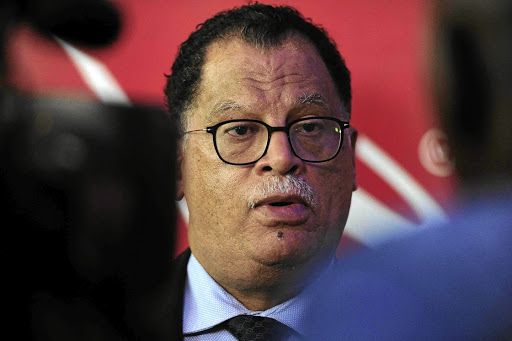 Safa president Danny Jordaan looked deflated after his re-election to the position at the weekend, but sounded like a man with a lot on his mind relating to local football.

The past few months have been exhausting for Jordaan but he retained his seat by a majority - getting 234 of 246 votes, after his challenger Ace Ncobo walked out claiming he had been threatened by a delegate and stuck to his stance that the electoral process was flawed.

"Well, I hope that things will settle down in South African football and we focus on the future, particularly the period 2018-2022," Jordaan said during a brief chat with the media at the Sandton Convention Centre on Saturday.

"Now it's the Fifa congress [next month] and the World Cup in Russia, and the period between Russia and the 2022 World Cup in Qatar - that's where we are going to focus, but also South Africa last hosted the World Cup in 2010 and we want to look at how do we strengthen women's football, for example, in the country," he said.

"We have seen from the officials' position that we hardly had one woman on the national executive, but we have a few now."

Ria Ledwaba, with 220 votes, led the national list alongside the likes of Natasha Tsichlas (198) and Emma Hendricks (196).

"What has happened on the ground from the LFAs [Local Football Associations] and regional level, we have 810 women serving football at grassroots level, so that is a fundamental shift in the role of women in football," Jordaan continued.

"Secondly, from a player perspective, we have seen an increase in women footballers from 212000 to 456 000 and we want to strengthen that."