Will Ajax file an urgent interdict to halt the start of the Promotion/Relegation Playoffs? 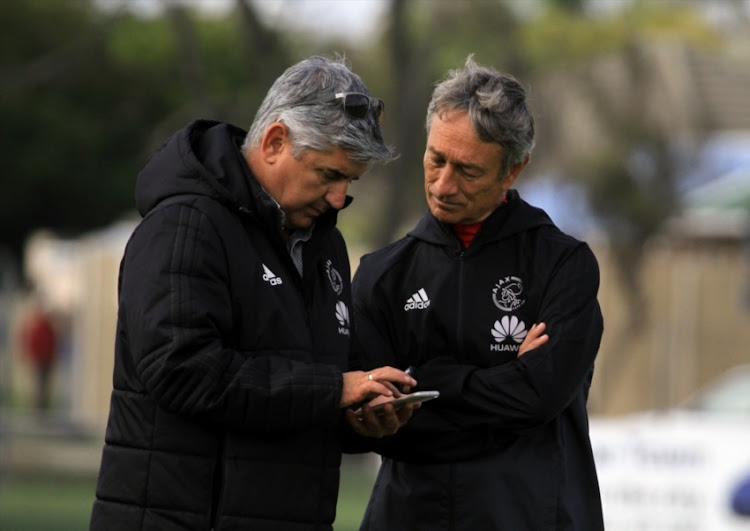 Ajax Cape Town are set to release a statement later on Tuesday on whether they will be challenging the verdict of the arbitration hearing into their use of Zimbabwe striker Tendai Ndoro.

SowetanLIVE has been informed that the club’s top management are locked in discussions this afternoon as they decide how to react to the news that the club has been relegated from the Absa Premiership.

Club CEO Ari Efstathiou did not answer his phone when contacted‚ but sources say Ajax will respond later on Tuesday when they have decided on a path forward.

The ruling by arbitrator William Mokhar has seen Ajax forfeit points gained in wins over Platinum Stars and SuperSport United‚ as well as a draw with Polokwane City.

All three matches have been awarded 3-0 to their opponents‚ which drops Ajax to the foot of the Premiership table and moves Stars up to 15th and into the Promotion/Relegation Playoffs that are due to begin on Wednesday.

Ajax players and staff had already travelled to Thohoyandou for their play-off opener against National First Division side Black Leopards.

✈️🚌| The #UrbanWarriors are set to arrive in Thohoyandou this evening.

But Ajax may now attempt to have the start of the play-offs halted by an urgent interdict ahead of an appeal into the arbitration ruling.

AmaZulu may also feel an aggrieved party in the case‚ the three points gained by SuperSport United sees the Tshwane club climb above them in the table and push Usuthu out of the top eight.

That means the Durban club fail to qualify for the lucrative MTN8 competition next season that has a first prize of R8-million.