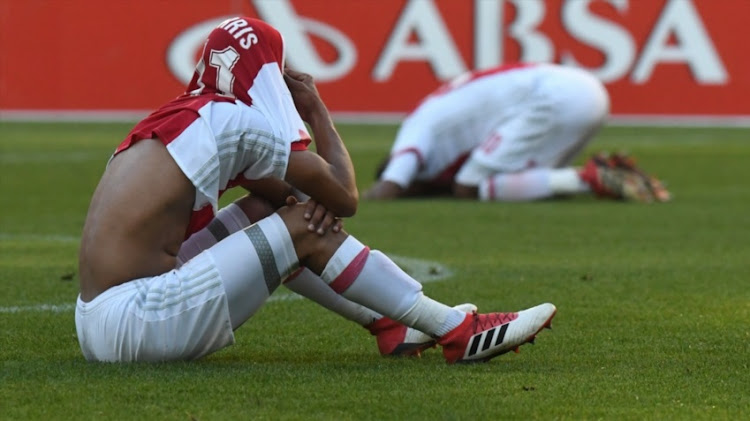 Ajax Cape Town have been relegated from the Premier Soccer League topflight after they were found guilty of fielding Tendai Ndoro.

Ndoro's eligibility has been under question for months and South African Football Association legal officer Tebogo Motlanthe said arbitrator William Mokhari ruled that Ajax would be docked nine points from three league matches in which the player was fielded by the Cape Town club.

By fielding Ndoro‚ Ajax Cape Town contravened Rule 54.1 of the National Soccer League rules read with Article 22.9 of the constitution of the National Soccer League‚ article paragraph 5 of the South African Football Association regulations on the status and transfer of players as well as article 5‚ paragraph 3 of the FIFA regulations on the status and transfer which state: “Players may be registered with a maximum of three clubs during one season. During this season‚ the player is only eligible to play official matches for two clubs.”

The games have been awarded to the three teams with 3-0 results and fined R50 000 for each game.

There were four other matches in which a protest was lodged in regards with Ndoro and Ajax were fined R50 000 for each game.

Ndoro has been suspended for two matches but the docked points means Ajax‚ who finished the 2017/18 PSL season in 15th place with 31 points from 30 matches‚ have dropped down to the 16th spot‚ which is the automatic relegation position.

Platinum Stars‚ who were initially relegated‚ move up to 15th and will contest the PSL/National First Division promotion relegation play-offs against Black Leopards and Jomo Cosmos.

Ajax have 72 hours to appeal the ruling with the Court of Arbitration for Sport (CAS) in Switzerland.