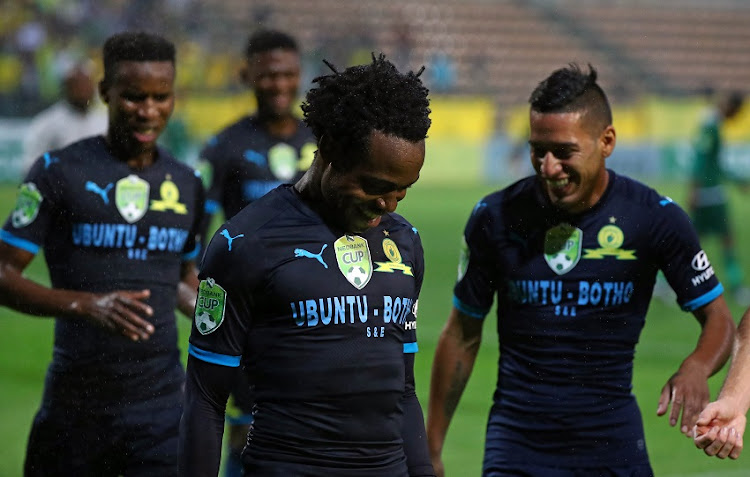 SowetanLIVE takes a closer look at each of the ties‚ that are scheduled to be played in the week of March 6 to 11:

This will be the second time in as many years that Chiefs and Stellenbosch go head-to-head in the Nedbank Cup. AmaKhosi won a last-32 clash 3-0 in 2017‚ with Joseph Molangoane‚ Siphiwe Tshabalala and Gustavo Paez‚ his first for the club‚ on target.

Chiefs have been a dominant force in this competition with 13 tournament wins‚ but only one (2013) in the last 10 years.

Pirates have had slightly the better of City in their three previous meetings‚ winning a league clash 1-0 in September‚ while both games in the 2016-17 campaign ended in draws.

This fixture will come straight after a Soweto Derby against Chiefs‚ which could be mentally draining for the Pirates players‚ while they will also have in the back of their minds their 3-0 loss to Ajax Cape Town in January‚ the last time they visited the Mother City.

Pirates have been to the last two Nedbank Cup finals‚ but lost to SuperSport United on both occasions. Impressively‚ the last four times they have made it past the last-16 they have reached the final.

These two sides share Pietermaritzburg's Harry Gwala Stadium and will no doubt have met on many occasions in friendly games‚ so will know all about the attributes of the other.

It has been a solid campaign for Maritzburg‚ despite remarkably going 10 games in a row without one of their players finding the back of the net‚ with those yips now well and truly behind them.

It has been less successful for Eagles‚ who have seen a coaching merry-go-round. Roger Sikhakhane is their fourth coach this season after Allan Freese‚ Zipho Dlangalala and Kosta Papic.

Given that Maritzburg will be essentially playing at home‚ and are the PSL team‚ they will be favourites for this one.

Second-tier Ubuntu supplied probably the one real surprise of the first round when they beat top-flight Polokwane City 3-2 after extra time‚ but that game was played in Cape Town where they have found results more forthcoming.

Usuthu are regarded as relegation candidates from the top-flight‚ but are actually on a good run of form under coach Cavin Johnson with their mixture of youth and experience.

They have the unhappy record of having reached the final of the Nedbank Cup competition on six previous occasions‚ but lost every one‚ most recently in 2010.

For Ubuntu‚ this will be a welcome distraction from their relegation worries at the foot of the NFD.

These two sides will meet twice in a matter of days‚ starting with this Nedbank Cup tie and followed by a league clash in Port Elizabeth on March 17.

Stars squeezed into the last-16 after an extra-time win over second-tier Super Eagles and‚ having made the semifinals of the Nedbank Cup four times in the last decade‚ will feel perhaps they have a squad under astute Belgian coach Luc Eymael that can go all the way.

Chippa have visited Bethlehem on five previous occasions and suffered three defeats to go with two draws – but victory has so far eluded them.

They are a tougher nut under coach Teboho Moloi though and having won three of their last six away games‚ are starting to find some joy on the road‚ something that had always eluded them.

Easily the biggest miss-match in the last-16‚ though Sundowns coach Pitso Mosimane is sure to send out a fringe side with league and African Champions League commitments also in the mix.

EC Bees are an Eastern Cape ABC Motsepe League side that hail from Bisho‚ and are appearing in the Nedbank Cup for the third year in a row.

They have also met top-flight opposition before in the form of Orlando Pirates‚ who beat them 3-1 in the last-32 in 2017.

Sundowns were winners of this competition three years ago in 2015 and have never lost to third-tier opposition.

Celtic tackle new NFD side Richards Bay‚ who are coached by the Belgian Jean Loscuito‚ who previously worked at Black Leopards.

Home advantage is huge for the Premier League side‚ having only lost twice (to Baroka FC and Orlando Pirates) on their own patch in the last 14 games.

Richards Bay have only played 10 away games in their short history having been created from the ashes of Thanda Royal Zulu‚ winning two of those.

Their only ever trip to the Free State was a 1-0 loss to Super Eagles in December.

Another top-flight vs third-tier clash as Cape Town-based Steenberg United quite literally make a cross-country trip to Polokwane to face Baroka.

Steenberg have ambitions of making it into the NFD this season and if they do then travel will become a weekly norm‚ so for them this is a great test of their stamina and mental strength.

Baroka were ounce third-tier giant-killers‚ knocking both Moroka Swallows and Kaizer Chiefs out of the 2011 Nedbank Cup. They will be wary of falling foul of their opponents in this one and being on the wrong end of a surprise result.