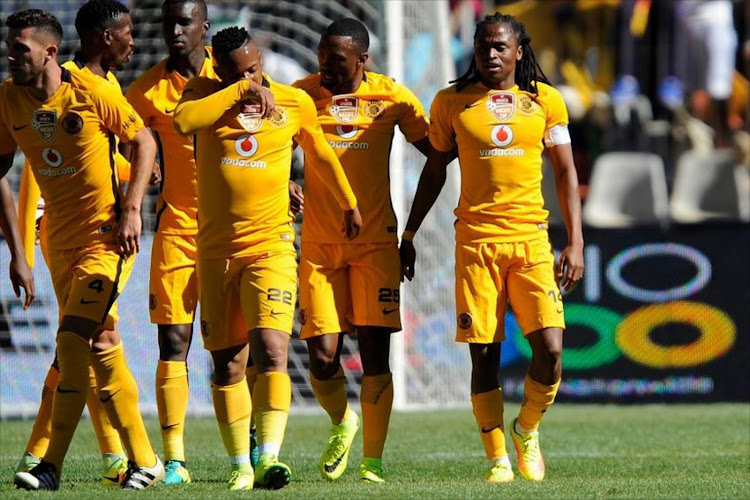 Displaying a valiant second-half performance, Kaizer Chiefs stormed into the last 16 of the Nedbank Cup with a 3-0 win over Golden Arrows yesterday.

After a listless first half, the Soweto club redeemed themselves as Ryan Moon, Bernard Parker and Joseph Molangoane grabbed the goals.

It's one down, four more knockout matches to go for Chiefs in the cup that coach Steve Komphela had vowed to give his life to capture.

With their victory yesterday, Amakhosi joined fellow giants Orlando Pirates and Mamelodi Sundowns in the last 16 of the R7-million competition.

For only the second time this season have the Glamour Boys scored three goals in an encounter.

Komphela finally heeded the call from fans to start the match with January recruits Siphelele Ntshangase and Leonardo Castro.

Komphela a Chiefs coach ‘looking at the beauty of the stars’

It’s remarkable what some decent results can do for the lyricism of a Kaizer Chiefs coach.
Sport
4 years ago

The two had been used as substitutes since their arrival at Naturena. But it was not through their performances that the match was won.

Much of the play went through Ntshangase, who looked to connect well with the two strikers Castro and Moon.

Passes were not meeting their targets in the midfield. The centralisation of the attack, through Ntshangase, meant the supply to the strikers was hampered.

Arrows found spaces in the defence and looked a threat.

Sandile Zuke caught Itumeleng Khune off-guard, forcing the goalkeeper into a fingertip save. The responsibility of orchestrating play lay with Ntshangase as Molangoane and Wiseman Meyiwa were not helping out in attack. Arrows attacker Nduduzo Sibiya exploited the slow pace of central defenders Teenage Hadebe and Daniel Cardoso. Twice man of the match Khune had to use abilities to prevent an Arrows goal.