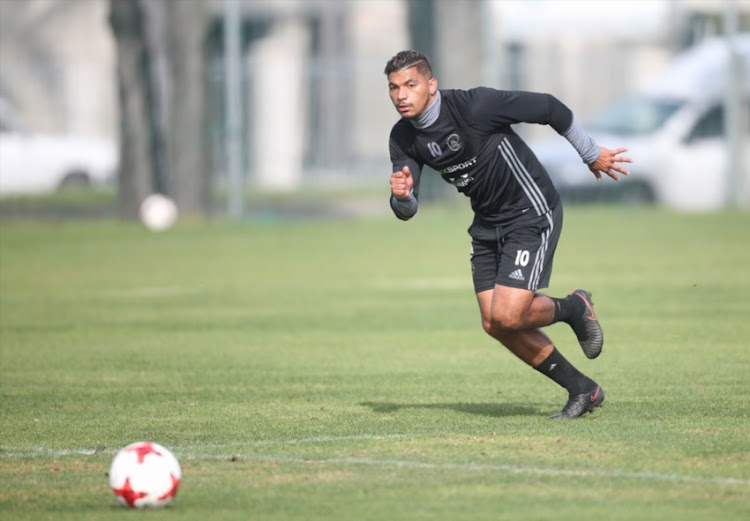 Toriq Losper during the Ajax Cape Town media open day at Ikamva on May 25, 2017 in Cape Town.
Image: Gallo Images

Ajax Cape Town received mixed injury news ahead of their crucial home Premier League clash with AmaZulu at the Athlone Stadium on Saturday.

The good news is the long-awaited return of Toriq Losper but they have loss goalkeeper Brandon Petersen.

Losper is finally ready to play after 14 months on the sidelines with a knee injury and could be a crucial cog in Ajax’s push to move away from the relegation zone.

He has been finding his form in the MultiChoice Diski League and after several aborted attempts coach Stanley Menzo is now ready to unleash him in the top flight.

“It feels like a new singing‚ he brings a lot of energy‚ he can score goals and hopefully he can bring something different to the team‚” Menzo said about Losper who has not featured since a 1-0 loss to Cape Town City in September 2016.

Menzo does have injury worries though‚ with first-choice goalkeeper Petersen missing‚ along with defender Tercious Malepe‚ and midfielders Ejike Uzoenyi‚ Morne Nel and Innocent Nemukondeni.

Ajax are only above bottom-placed BidVest Wits on goal-difference and Menzo knows that the crucial period to the New Year‚ when they have five matches‚ could determine the course of their season.

“It’s very important to get up and going‚ we have worked very hard in the past few weeks. We need to focus on our own effort‚ get back in the flow of things. I have confidence we can turn things around.

“If you win two or three games in a row you can jump five or six places. It is in our control and we have to make things work.”

Both of Ajax’s wins this season have come at home and given that they are such poor travellers‚ picking up points in Cape Town is crucial to them.

AmaZulu are coming off a 0-0 draw with Kaizer Chiefs on Wednesday‚ a game they should have won after Rhulani Manzini missed a penalty in the pouring rain.

They have lost six of their last seven away games if you include the tail-end of the National First Division campaign last season‚ with the only break in that run coming with a surprise 2-1 success at Mamelodi Sundowns.

They go into the game without suspended defender Phumlani Gumede.