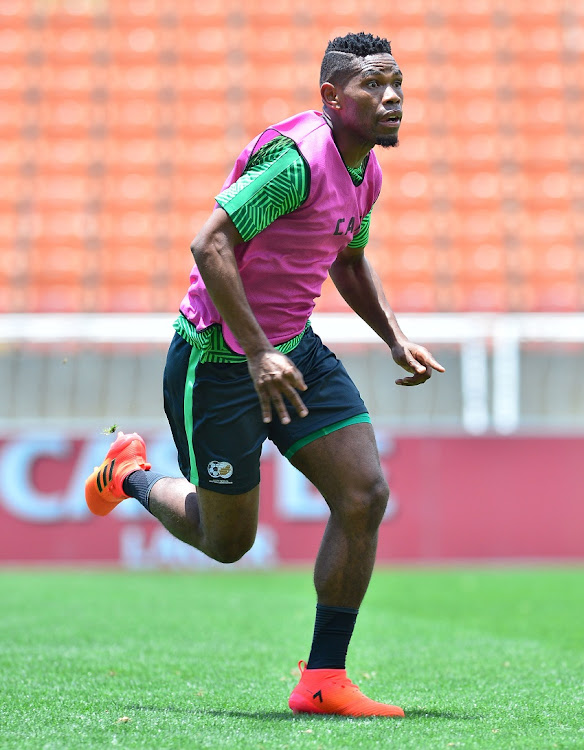 Bafana Bafana are likely to be without their captain Thulani "Tyson" Hlatshwayo for Friday's 2018 World Cup qualifier against Senegal.

Hlatshwayo has been struggling with a bruised toe throughout the week and Bafana coach Stuart Baxter all but conceded earlier on Thursday that Hlatshwayo is out of the game.

“Tyson looks like he’s gonna struggle for this one and we are not going to take any chances‚" Baxter said.

"I think we need to be sure that we are not going to have a player who’s going to come off after five minutes. So we are very doubtful at this point that Tyson can take part.

Baxter‚ in fact‚ has no worries regarding his central defence.

SuperSport United duo Morgan Gould and Clayton Daniels partnered with aplomb in the 3-1 win over Burkina Faso last month and based on their combination in training this week‚ it appears that they will continue together against Senegal.

“We may or may not have Tyson‚ but any combination of the other three (center-backs including Motjeka Madisha) will be okay.

"I will think a little bit about who’s got the experience‚ present form and the opponents and who will suit them most.

“I may even have to think about who do I keep in my back pocket in case I want to to go with three center-backs‚ because when we played Senegal the last time the last 20 minutes was a total bombardment from them.

"They moved all their tall players up‚” said Baxter‚ in reference to last year’s clash won 2-1 by Bafana here in Polokwane.