Substituting Tshabalala and Parker was a psychological move‚ says Komphela 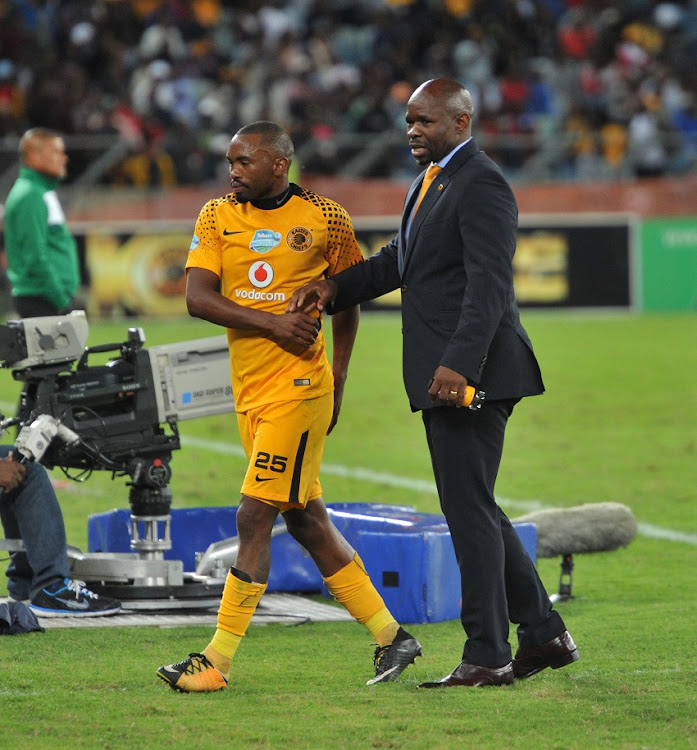 Kaizer Chiefs coach Steve Komphela was hoping his charges would wrap up Tuesday’s match at Polokwane City long before the finish in order for him to rest several key players as a heavy travel load threatens to impact on the team.

But Chiefs did not get the goals they were looking for against Polokwane City at the Peter Mokaba Stadium and ended up playing out a goalless draw with their hosts.

Chiefs' trip to Polokwane followed a visit to Durban last weekend for their opening match in the Telkom Knockout and came ahead of Sunday’s quarter-final tie against Chippa United at the Nelson Mandela Bay Stadium in Port Elizabeth.

“The travel is a bit hectic which is why I had hoped we would wrap up the match well before time so that I could give a bit of a break for some of the players‚" Komphela said. “Last week I took (Bernard) Parker and Shaba (Siphiwe Tshabalala) off 20 minutes before the end to cut some miles off their legs but I couldn’t do the same against Polokwane.”

Komphela took both veterans off before the end of the game on Tuesday as well but only with a handful of minutes left.

“It was a psychological move that I hope works for their mind.”

The coach is also concerned about the mileage run in recent games by wingback Joseph Molongoane‚ who was match of the match against Polokwane City‚ and Philani Zulu‚ fast becoming a fan favourite.

“Our squad size is small so we just have to pray every one will be OK for Sunday‚” added Komphela‚ who is without several long-term injured players like Tsepo Masilela‚ Kgotso Moleko and Ramahlwe Mphahlele.

“I hope we survive Sunday so that we can then use the FIFA break to give the players so much-needed rest‚” added Komphela.