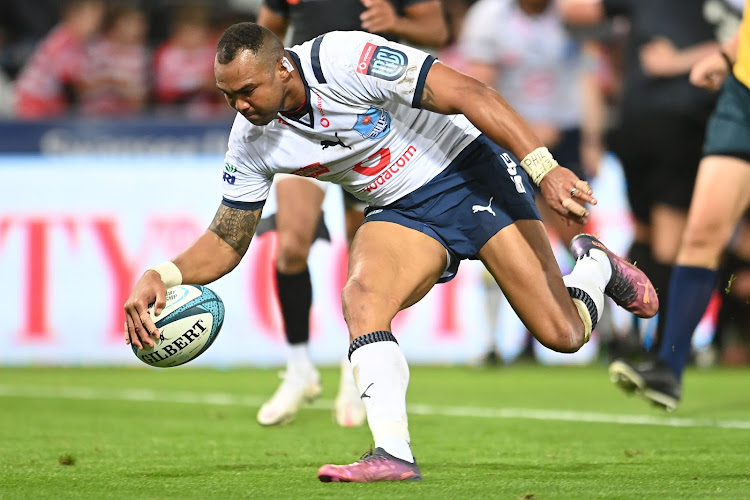 Hat-trick hero Cornal Hendricks was on fire as the Bulls beat the Ospreys 38-31 in Wales while Ulster survived the Sharks’ last-minute onslaught to win 24-21 in United Rugby Championship (URC) matches on Friday night.

The Bulls played the Welsh team, who were no longer in the running for the playoffs while the SA teams had to win to better their chances of securing a home quarterfinal.

Hendricks scored his three tries in the second half while Madosh Tambwe, Chris Smith and Canan Moodie were also on the scoresheet for the Bulls in Swansea.

The hosts only managed just three tries through Jac Morgan and Luke Morgan.

The Bulls will now have to wait for the results of Saturday’s fixtures between the Scarlets versus the Stormers and Munster who will be up against Leinster to know if they have a top four finish or not.

Meanwhile in the earlier game played in Belfast, Ireland, the Sharks and Ulster scored three tries apiece with Ntuthuko Mchunu, Lions-bound Marius Louw and Grant Williams scoring for the visitors while Michael Lowry, Stuart McCloskey and James Hume were on the scoreboard for the hosts in Belfast, Ireland.

John Cooney’s first half penalty was the difference in the clash, but the Sharks, who dropped to position four on the URC log table, did manage to claim a losing bonus point.

Both Mchunu and Williams didn’t start the match and the Sharks had failed to score before they were introduced into the match.

Ulster went to the halftime break leading 10-0 and their strong start to the second half was key to their victory.

Both teams made a strong and exciting start to the match that was equally important to the Sharks and Ulster in terms of ensuring a home quarterfinal spot in the top four.

Ulster and the Sharks had already secured their spots in the URC playoffs before the clash in Belfast.

However, it was the hosts who drew the first blood after 16 minutes of play when Ulster’s scrumhalf John Cooney and the home team took control of the game.

The Irish side piled pressure on the visitors with players such as wing Ethan McIlroy being a menace to the Sharks' defence with his excellent skills when he had possession.

They scored their first points and an opening try with only 18 minutes to go as they were inspired by their bench in an attempt for a comeback.

They scored two more in the final five minutes but it was not enough to secure a victory or a draw.