Co-founder appeals to government, corporate SA to back project 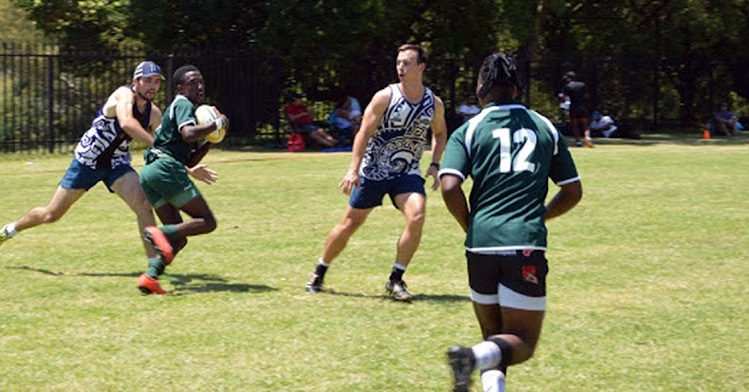 In play action at the recent Super Six Touch Champs, more of the same can be expected on May 28 at the Marks Park Sports Club.
Image: Supplied

Basetsana Magashule, who is the co-founder of the popular touch rugby tournament Super Six Touch Champs, wants the event to be a platform to take the sport to the mainstream.

Touch rugby is usually associated with a causal game you would play on the streets, in school or during practice but for some it is a game where they show their competitiveness and athletic ability.

Those who love it are not outcasts of society but have found something that unites them on the sports field. The Super Six Touch Champs will make a return on May 28 at the Marks Park Sports Club and that sense of community will be there too.

There will be plenty of action in the men's division, U21 men's and women's section, and open mixed division. The winners will get R3,000 cash, trophies, medals and Super Six shirts.

Since its establishment in 2019, the Super Six Touch Champs has grown from strength to strength and is now one of the premium touch rugby competitions in SA.

“When we started we had a great interest in the tournament because in SA there's not a culture of tournaments, we usually play once a year,” said Magashule.

“So Super Six has come in to bridge the gap and offer more tournaments to our community. People are excited and we have gathered a strong community that believes and backs us, and enjoys our tournament.

“At the moment we are sitting on about 25 teams, with over 300 spectators. We are recognised by our governing body [SA Touch Association]. They will be at our tournament. They will be using it for scouting and selections.

“Within the touch community our brand has grown a lot. What helped it is we pride ourselves on giving back; because of that we've had buy-in from the touch people.”

The end goal for Magashule and her partners is to see their beloved sport grab the attention of the government and corporates, as well as mainstream media.

“Hopefully, one day we'll get sponsors, be on TV and be on the map because our sport is not well- known. We're not backed by the government. We want to grow the sport so that government can see it and fund it,” Magashule added.

The Lions and Bulls have named strong travelling squads for fixtures in Wales for the final round of the United Rugby Championship.
Sport
1 month ago

World Rugby has implemented a new trial rule that will prohibits SA Rugby's director of rugby Rassie Erasmus from being a Springbok “water boy” in ...
Sport
1 month ago

"There is no more fitting tribute to one of SA's favourite sons than to rename our main rugby field after him,” said the school.
Sport
1 month ago
Next Article