Everitt reveals how he got the Sharks to tick against Connacht 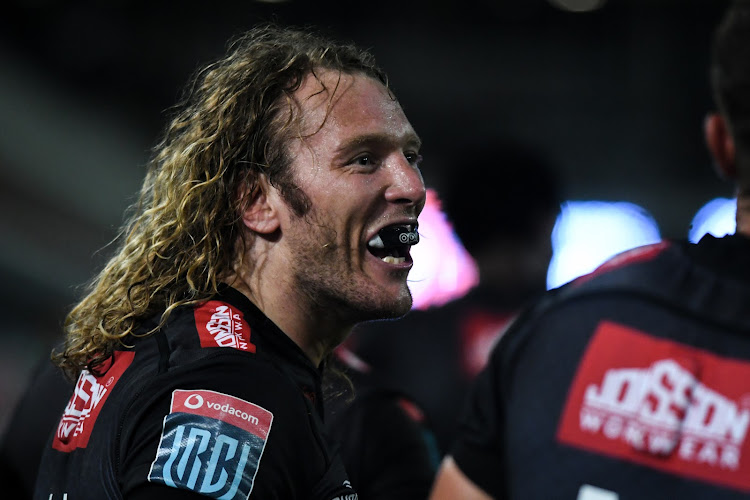 Sharks coach Sean Everitt has revealed the half-time pep talk that propelled his men to a big comeback from the dead against Connacht in Durban to book their spot in the United Rugby Championship (URC) quarterfinals.

The Sharks found themselves 21-10 down at the break against the Irish side at Kings Park, with their chances of making the knockouts placed in serious doubt.

But Everitt’s men not only came back in the second half by scoring four tries, they also kept a clean sheet as Connacht could not score a single point and the Sharks won 41-21.

The Sharks' tries were scored by Gerbrandt Grobler (2), Bongi Mbonambi, Marius Louw and Le Roux Roets while Curwin Bosch pitched in with 16 points from his boot.

The Sharks scored a single try in the opening half. Everitt believes the occasion perhaps became too big for them at some point.

“Obviously, things didn’t go our way in the first half. It was quite strange and both teams gave away a lot of penalties, so there wasn’t much ball in play. Obviously the first 10 minutes were messy too, with errors on both sides,” Everitt said.

“It was a difficult first 40 for the players to settle in because they couldn’t get into their rhythm, but I suppose half time gave us an opportunity to regroup.

“We spoke about what we needed to do and we also spoke about actions being bigger than words. We had to go out and make it happen the way we had planned during the week.

“It was a pressure game for us and I will give the players a bit of credit there. Maybe the occasion was quite big for them but they certainly settled down well in the second half and got through with the job.”

The victory kept the Sharks’ home quarterfinal hopes alive as they are y third on the log with 56 points with only a match to play in the round-robin.

The Durbanites are level on points with second-placed Munster and a win for the South Africans against Ulster on May 20 will guarantee them a quarterfinal in Durban.

The Sharks play their final pool match in Ireland and will be boosted by the return of Lukhanyo AM from Japan.