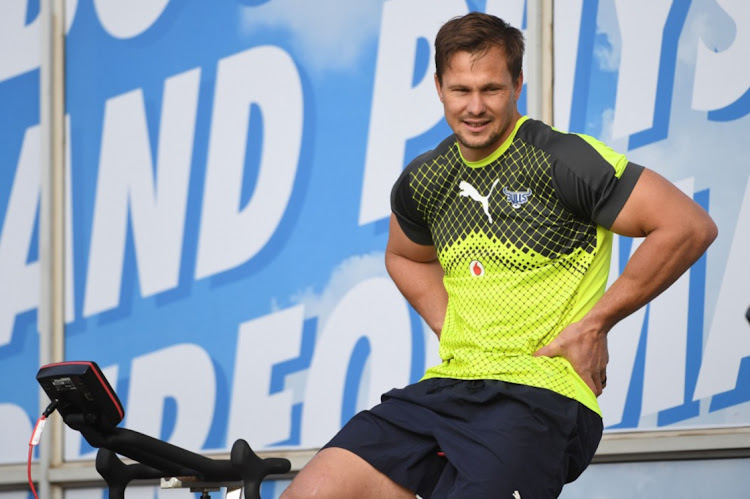 Loose forward Arno Botha will keep his emotions in check when the Bulls host Ireland's Munster during their United Rugby Championship (URC) match at Loftus on Saturday night.

The former junior Springbok captain revived his career with Munster after a spate of injuries and described his two-year spell with the club as “one of the best times of my life”.

Though he will be up against old friends among the players and coaches, Botha will focus on helping the Bulls register their second win of the tournament after five matches.

The occasion will also be emotional for Munster coach Johann van Graan, who has a connection with the Bulls having coached at Loftus and gone to school at Afrikaanse Hoër Seunskool (Affies) across the road from the stadium.

“My time at Munster is probably one of the best times of my life,” Botha said.

“I know some of the guys and I am friends with them. It will be good to catch up with them. I played a lot of rugby in Munster, it was my first time overseas and I embraced everything.

“I learned a lot about rugby and I worked very well with good coaches there like Johan [van Graan], JP Ferreira, Felix Jones, Graham Rowntree and later Stephen Larkham.”

“Playing for them meant a lot to me because I got my career back on track. We play rugby because we enjoy it and we want to get better and challenge each other.

“I am sure that it will be the same thing on their side, with Johan who is coming back to Loftus to play against the Bulls. There is mutual respect between the two teams, but it is not going to be another game, because we are going to challenge each other.”

Munster are third on the URC log with four wins from five matches, and Botha expects a bruising battle.

“The quality of rugby will be good from Munster, because they have high standards, they have depth, and we really have to fully focus, they are going to bring a good kicking game.

“I have watched a few of their games and they are good in the breakdown and we need to work very hard to counter that. We don’t expect them to come here and it’s another day at the office.

“It is going to be tough and we just have to get out there and do a good job.

“They have a good structure with coaches Johan, JP, Steve, Graham and Stephen there and that makes it very easy for everyone to come and fit in.”

The influence of coaches Van Graan and Ferreira means Munster have an SA feel to them.

“So, there is a bit of South African blood in their game, but they have a bit of flair and have other options.”

South African teams return to the competition after almost a month's break and Botha said they are fresher and energised.

“I won’t say it has been too long. Before the break we played for about eight months and it was a lot of rugby. So, mentally we really needed the break and that’s why the guys are energised, there is very good energy and we are fresh mentally.

“At training, we didn’t start slowly last week when we returned, we started like the way we ended and that was something good to see. It is also good to see that coach Jake White trusted us with that break, because we took it upon ourselves to train during our off times as professional athletes.”