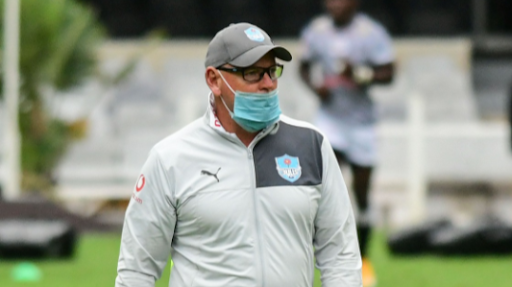 Bulls coach Jake White says the younger players in his United Rugby Championship (URC) squad can use the opportunity of playing in Europe to prepare themselves for Test rugby.

Over the coming years the Bulls, Sharks, Stormers and Lions will be playing in challenging winter conditions in the competition in Scotland, Ireland and Italy, characterised by rain and strong winds.

“If you want to play Test rugby, and I know that a lot of these boys have ambitions of playing Test rugby, Test matches are different,” White said as the Bulls prepared to take on Connacht in Galway on Friday night.

“You can play a Test match in pouring rain, in SA at 3pm in the afternoon, against the All Blacks or against an Argentinian team that likes to play with their forwards, scrum and maul.

“So, this is just another opportunity for this young group of players to see what it is like to play at a place like Connacht and against a team that is very adept and aware of their strengths.

“To be fair as well, you’ll understand that they (Connacht) train every day of the year in Galway to play the sort of game and in that sort of weather. It is like a golfer who only trains in the sunshine – it's not going to be same when he or she is playing at St Andrews with the wind during the Open.

White said the Bulls would have to adapt and play according to the conditions they find at various stadiums in the URC.

“The DNA of the Bulls over the last 100 years is that they have always had big forwards who dominated. They basically have been good in the scrums and line-outs, but having coached around the world, we don’t want to move too much away from that,” White said.

“I think there is more to the game now, there is more for us, especially with the players that we have outside the forwards to play a different style and add their skill set to our team.

“You’d appreciate that in Galway it’s not always that easy on the field, when it’s raining and the wind is blowing, for those skills to come to the fore, but that is where we want to be a team that is good enough to play with our forwards and with our backs.

“In certain games when you need to front up with your forwards, and it might be one of these games over the weekend – we must be able to do that. Next week we may be playing on a foggy surface with the sun shining at 3pm in the afternoon or 5pm in the evening and you have to find a way to play to other strengths.”