Bulls call on poise and precision to edge out Stormers 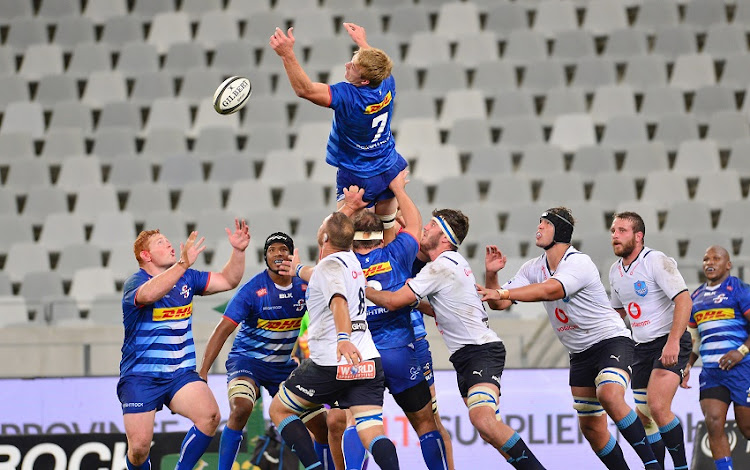 The Bulls, this time a little lighter in their application of bulk and brawn called on matador-like poise and precision to draw the sting from the Stormers in their 20-16 Rainbow Cup win on Saturday.

Much of the Bulls' reputation, and indeed that of their coach Jake White, is built around the delivery of shock and awe upfront but this time their road to victory was set on a twistier course.

They absorbed much of the first half pressure as a few grizzled hands were held back, but they found time to deliver some telling blows in the first half. Resolute defence in the second half helped them hang on, especially after replacement Nizaam Carr was sent to the sin bin.

Cornal Hendricks ran with familiar purpose, as did David Kriel from the back, while Duane Vermeulen and Morne Steyn did what you'd expect from men with green ID books.

Their tactical kicking game also served to increasingly heap pressure on the hosts.

The Bulls, however, had much to overcome. They won an early scrum penalty but then their young front rankers Gerhard Steenekamp, Johan Grobbelaar and Mornay Smith were up against it against the all Bok Stormers' front row. Steenekamp in particular, caught they eye of the referee, and not in a good way.

The line-outs were a messy affair with both teams showing their proficiency at applying a spoiling hand.

Two Madosh Tambwe tries helped give the Bulls the halftime lead but the Springbok qualities of Pieter-Steph du Toit, Scarra Ntubeni, Damian Willemse and Steven Kitshoff helped drag the Stormers back into the contest.

For the second consecutive week they could have scored a match winning try but fluffed their lines.

The Stormers, creaking under the weight of an ever growing injury list will have renewed concern over their lock stock after Marvin Orie left the field with a head knock.

They will lamented some of their decision making in the middle third of the game.

The Stormers for the last while have been a franchise desperate to hold on to what they have, while the Bulls, with much alacrity and deft accounting have been expanding their horizons. It are they who have found different ways of getting the result.