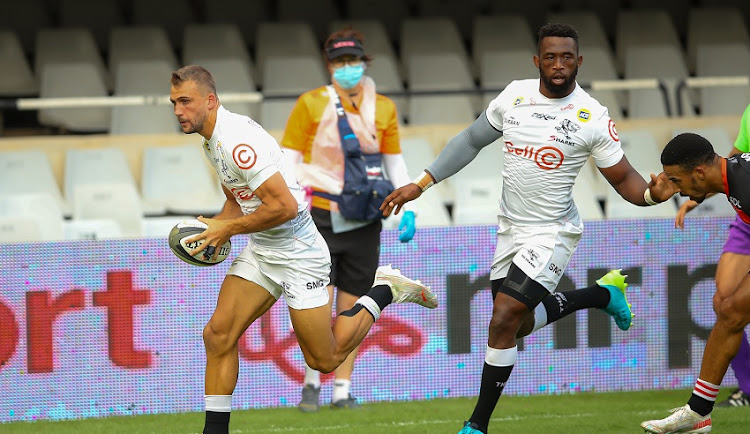 The Sharks have found their footing in this Pro14 Rainbow Cup SA while the Lions are worryingly stuttering out of the blocks.

The Durbanites mastered their second win (34-26) of the campaign, with bonus point, to condemn the Lions to their second loss after they were convincingly beaten by the Bulls in the opener.

The Sharks will be aiming for their third win when they visit the Bulls at Loftus while the Lions will be desperate to get their first victory when they host the Stormers both on Saturday.

The hosts started this match with intent as they opened scoring in the fourth minute when Jeremy Ward touched down next to the right hand corner flag after he was released by Aphelele Fassi.

The Lions responded four minutes later when PJ Botha got the ball down after a good maul but kicker Fred Zeilinga could not convert.

The Sharks pulled away through Grant Williams’ try after he was cleverly played ahead by alert Curwin Bosch who immediately stood up to middle his second conversion.

Lions suffered a blow in their mission to claw their way back in the game after 25 minutes when Andre Warner saw yellow for not supporting his own bodyweight.

The Sharks immediately benefitted from their numerical advantage with Thomas du Toit touching down under the posts after he received an offload from Hugo Reniel for Bosch to easily convert.

The home side continued to pile on the points on the scoreboard with Bosch easily putting away the fist penalty of the match from the under the posts after the Lions were penalised.

Three minutes from the break, the Lions brought respectability to the scoreboard as Andre Warner scored their second try,that was converted by Zeilinga, following strong running by BJ Pelser.

Shortly after the restart, Sharks suffered a double blow with try scorer Du Toit and Fez Mbatha sent to the sin bin and the Lions did not take full advantage.

The Sharks were not seriously affected by being two men short on the field as they continued to dominate when it came to scoring the points with Bosch putting away his second penalty to increase their lead by 15 points.

Then France Horn reduced the deficit with Zeilinga converting but the Sharks reestablished their advantage with their fourth try by Kerron van Vuuren that was converted by Bosch.

Vincent Tshituka scored the fourth try for the Lions just before the hooter but the afternoon belonged to the Sharks and Bosch with the boot as he successfully kicked 12 points in the match.