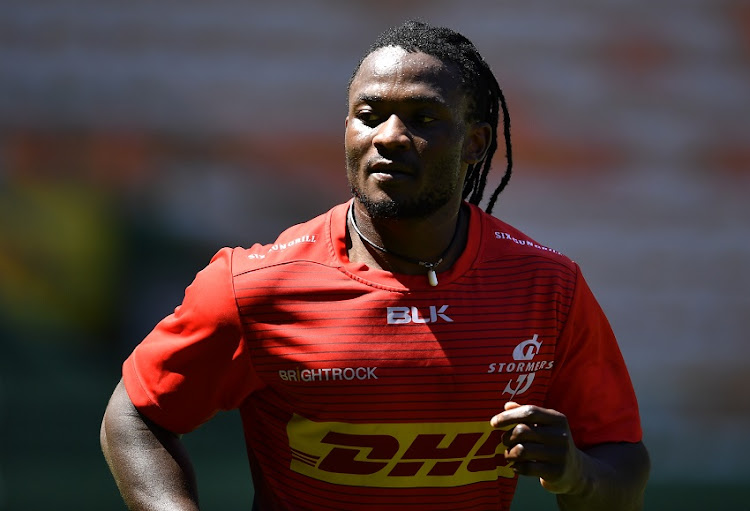 Seabelo Senatla has been handed a four-week ban for his reckless challenge on Aphelele Fassi in last weekend's Rainbow Cup opener in Cape Town.

The Stormers winger was sent from the field by referee Jaco Peyper in the 14th minute for upending the airborne Sharks fullback. Although he could be replaced under the new red card replacement rule after 20 minutes‚ it cost his team dearly in their 33-30 defeat.

He was always going to face further sanction and that duly arrived when he was found to be in contravention of Law 9.17: “A player must not tackle‚ charge‚ pull‚ push or grasp an opponent whose feet are off the ground.”

In the hearing Senatla admitted that the red card was justified. The tackle was deemed to be a mid-level offence and warranted a four-week suspension‚ up to and including Friday‚ June 4.

Stormers No.8 Willie Engelbrecht‚ who was red-carded in the 47th minute of the same match after receiving his second yellow card‚ escaped further sanction.

Engelbrecht’s second yellow card was deemed unwarranted by the judicial officer. Consequently it has been expunged from his record and also means that the red card he received falls away. Engelbrecht is thus eligible for selection against the Bulls in Cape Town on Saturday.

The Stormers need to win at home this weekend to sustain their challenge in the Rainbow Cup. A second consecutive home defeat will be disastrous for the Cape side.